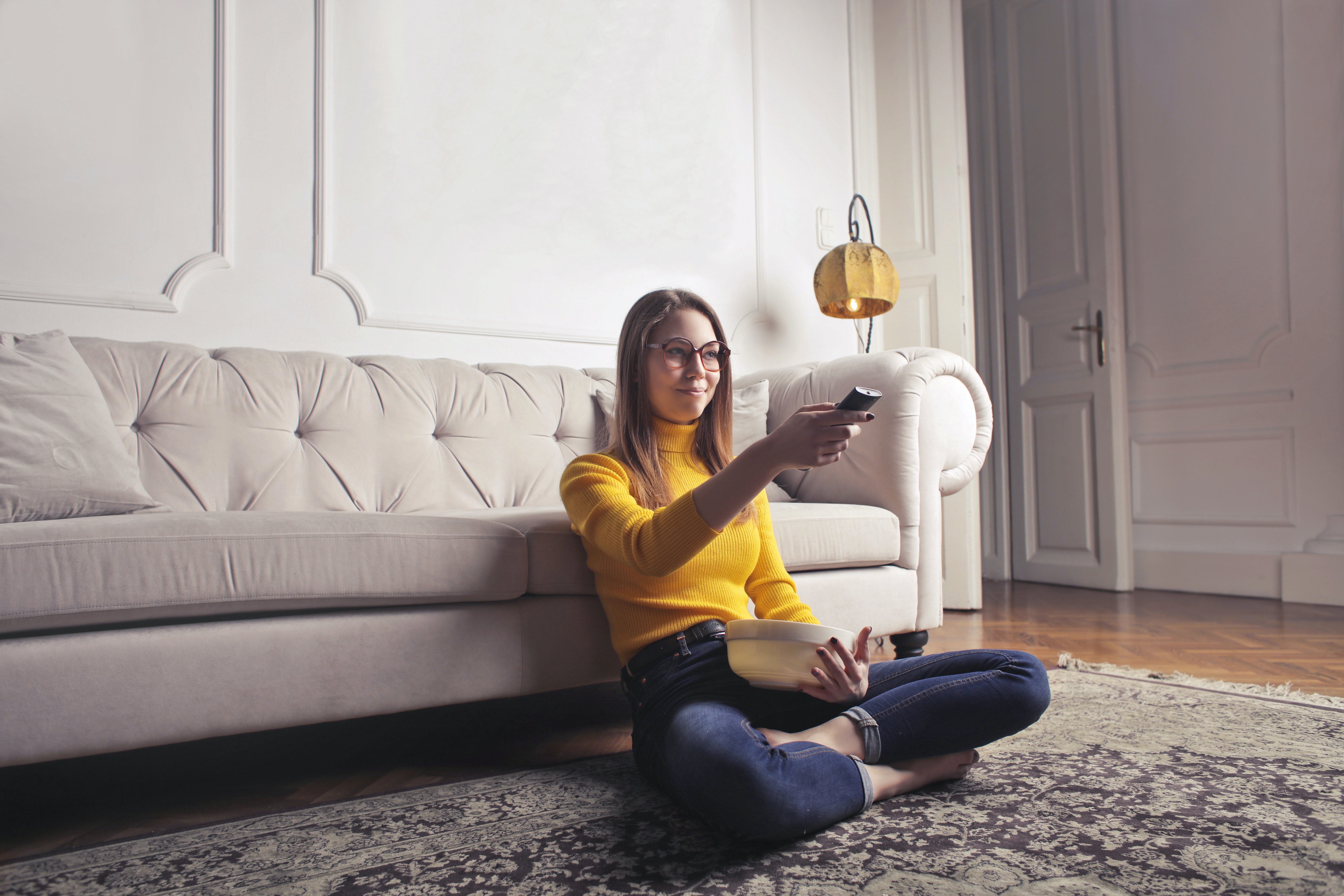 Who doesn’t need a little binge-watch every now and then? When everything in the world starts to feel a bit heavy there’s no better place to retreat to than the warmth and safety of your sofa for a little feel-good television to pick you up.

Lift your spirits with these three quirky, fun and heart-warming shows:

This quirky, new musical dramedy stars Surburgatory’s Jane Levy. A coder for a major tech company in San Francisco, Zoey finds herself stuck in an MRI machine during a large earthquake, leaving her with the unwanted ability to read other people’s innermost feelings and thoughts, expressed in the form of a musical number.

Through extravagant songs and dances that only she can see and hear, things become complicated for Zoey when she learns her best friend Max (Skyler Astin) is in love with her, and that her boss “can’t get no satisfaction”. But her new gift also offers her a unique way to communicate with her father (Peter Gallagher) who suffers from a debilitating neurological condition, rendering him unable to talk.

Punchy and fun but also thoughtful and touching, Zoey’s Extraordinary Playlist is definitely worthy of a binge-watch.

If you were a big fan of Josh Thomas’ Australian series Please Like Me, then you’re probably going to love his latest creation Everything’s Gonna Be Okay. Making it all the way over to sunny California, Josh plays neurotic Australian entomologist Nicholas, who visits his estranged father and half-sisters in Los Angeles.

When his father passes away from a terminal illness, Nicholas is left to be guardian to his two teenage sisters Matilda, who is autistic, and Genevieve. We follow Nicholas’ journey as he navigates his newfound parental role and responsibilities along with his fledgling relationship with Alex.

In quintessential Josh Thomas style, Everything’s Gonna Be Okay combines all the charm and neuroticism we love in a quirky dramedy. You can watch it on Stan.

It’s no wonder this show has a dedicated cult following. If you’ve never watched Schitt’s Creek before (available on Netflix), you’re in for a treat with six seasons to devour of this hilarious and heart-warming sitcom.

It’s a riches-to-rags story that follows the descent of a wealthy, narcissistic family as they lose everything, thanks to their dodgy business manager, and end up in a town they once purchased as a joke, living out of a run-down motel.

Created by father-son duo Eugene (American Pie) and Dan Levy, they also star in the show as patriarch Johnny Rose and son David, and are joined by Catherine O’Hara as Moira (the mother and once-famous actress) and Annie Murphy as David’s sister Alexis. The casting is perfection and the dialogue witty as the characters eventually evolve and blossom in their new surroundings.

If you haven’t gotten on this bandwagon yet, jump aboard! You’ll be left in tears of laughter and a deep affection for all the characters — and their enviable and often over-the-top wardrobes!

Want more? Click here for How to See the World Without Leaving Your Home.