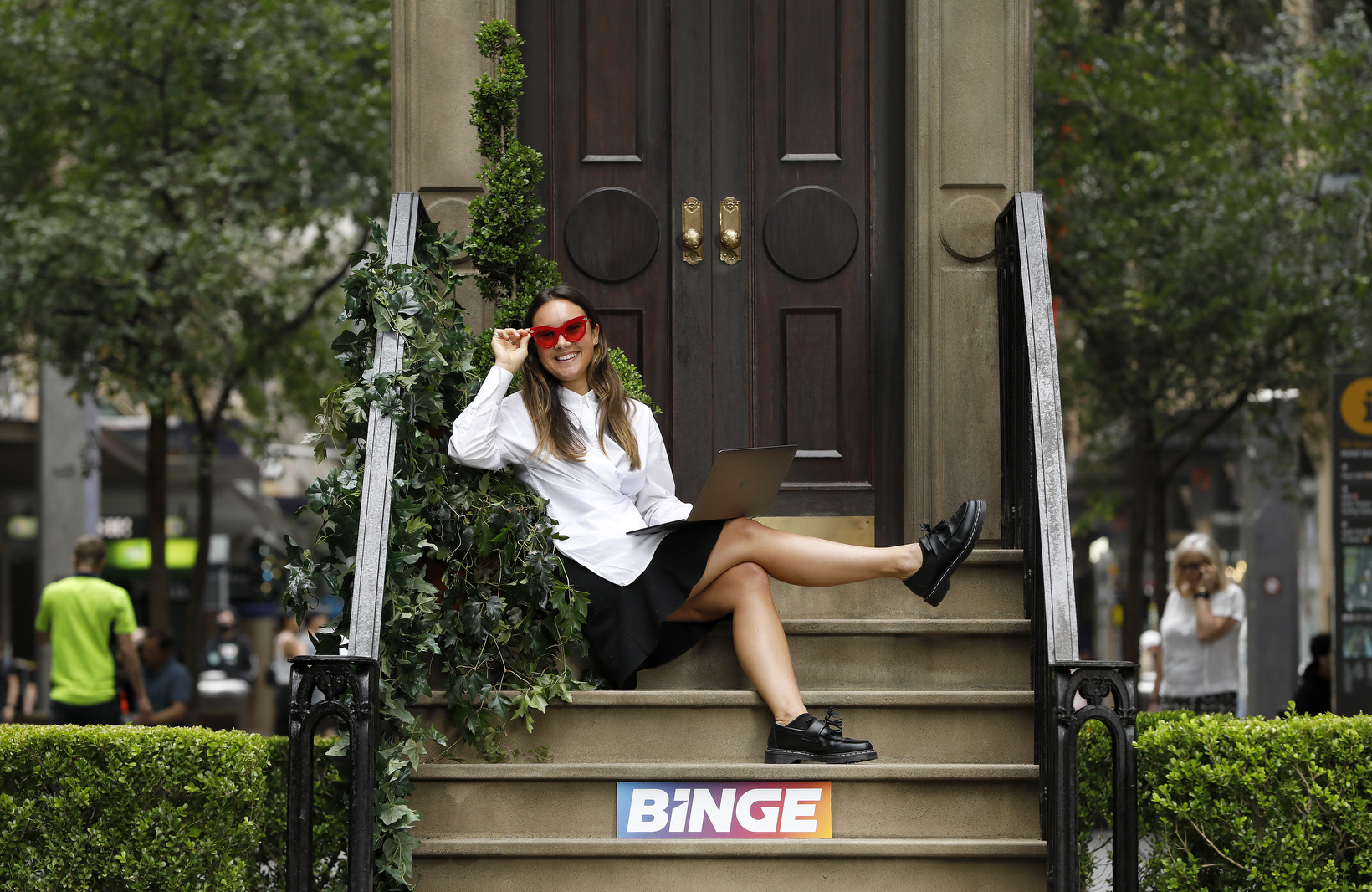 Always dreamt of sitting on Carrie Bradshaw’s famous New York apartment steps? If you are in Sydney this weekend you can!

BINGE has recreated the iconic Sex and the City apartment steps, unveiling them in Sydney’s Pitt Street Mall today. Fans are invited to come down to Pitt Street and snap a pic on the famous stoop.

Ever since SATC debuted over 20 years ago, Carrie’s iconic apartment steps located in New York’s West Village, have been one of the most loved locations for fans to visit.

Alison Hurbert-Burns, Executive Director, BINGE, said: “We are so excited to give Sex and the City fans their very own slice of one of the world’s most popular shows, with the arrival of Carrie’s famous stoop in Sydney.”

“Like many fans, I’ve been re-watching the original show ahead of the new series – And Just Like That… which premiered last week, and continues streaming with weekly episodes on BINGE.”

“The series has already cemented itself as Australia’s newest TV obsession and we are thrilled to be able to provide fans, new and old, with a taste of this incredible series by coming down to Pitt St Mall and getting a pic on Carrie’s famous stoop.”

Not in Sydney this weekend? You can still get involved by recreating your own piece of pop culture history via the Carrie Bradshaw Stoop Challenge.

All you have to do is strike a pose on your own staircase in your best And Just Like That… inspired fashion outfit, upload it to Instagram, tag @BINGE and include #Carriesstoop.

For fans who do come down to Carrie’s Stoop in Pitt St Mall, take a snap and upload it to their Instagram tagging @BINGE and using #Carriesstoop, they will also be entered into the Carrie Bradshaw Stoop Challenge.

Every entrant will go into the running to win a voucher to the value of $5,000 to start their designer shoe wardrobe.

Where: Pitt St Mall, Sydney (in between Zara & Myer entrances)

Why: To celebrate the arrival of And Just Like That… the new chapter of the ground-breaking series Sex and The City, now streaming on BINGE.