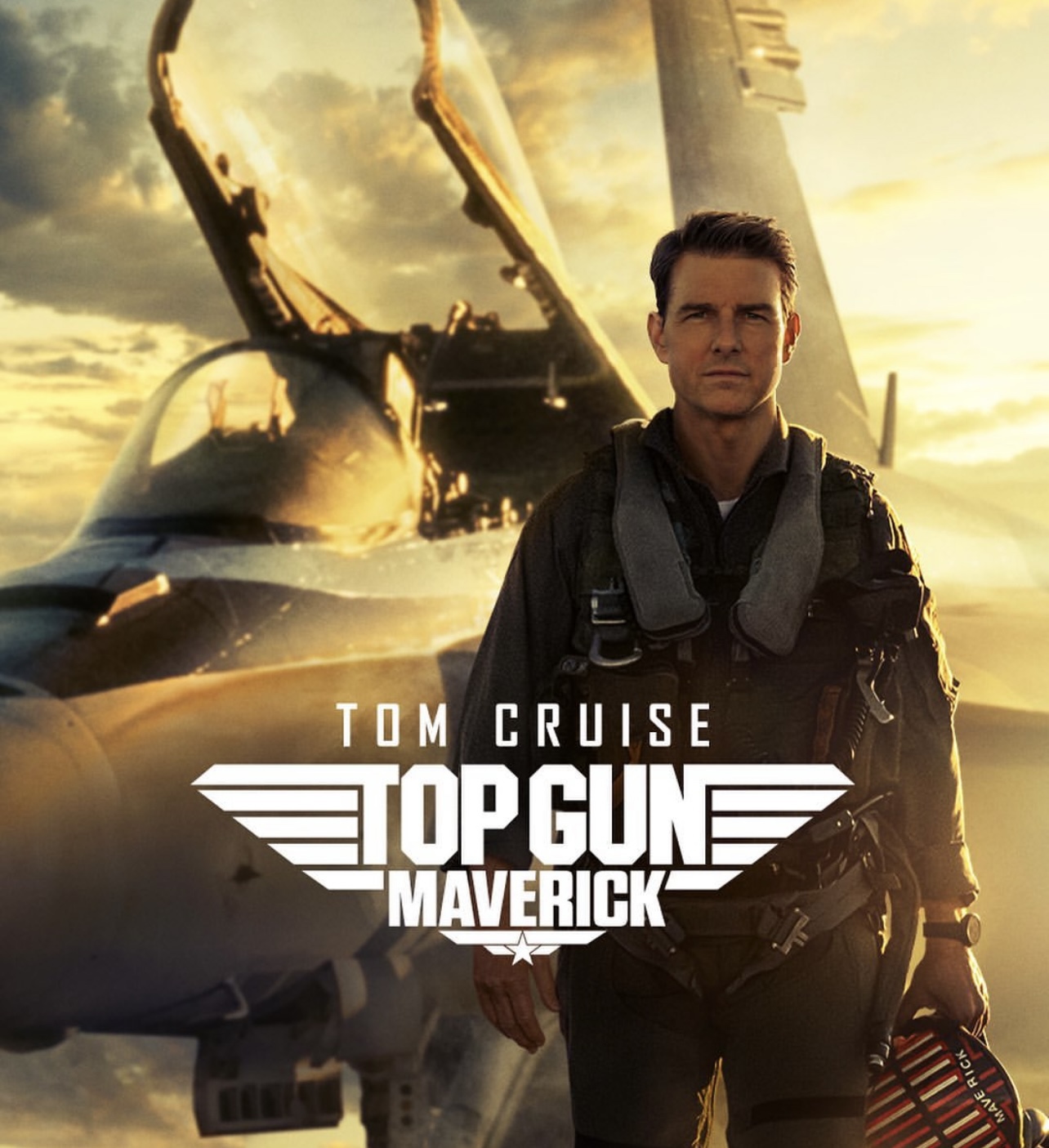 For the last few week’s all we have heard about from friends, family and work colleagues is Top Gun: Maverick, the sequel to the 1986 action-drama classic Top Gun. Unless you have been living under a rock you have probably heard about it too or even traipsed off to the cinema (how wonderfully early 2000s!) to watch it.

It is one of the most hyped sequels in history, coming 36 years after the original first premiered. To finally have the sequel hit the cinemas in 2022 was perfect timing – when the world was emerging post-pandemic and a resurgence of cinema was on the cards.

We return to the Top Gun world to find Pete Mitchell ‘Maverick’ (an ageless Tom Cruise), serving as a U.S naval test pilot, pushing boundaries as we expect from this rogue pilot. After a test run of a new hypersonic ‘Darkstar’ scramjet that he throttles past its limits, he is shipped off to the Top Gun program, at the request of once rival and now long-time friend Iceman (Val Kilmer -incidentally Cruise and Kilmer are the only original cast members to reprise their roles for the sequel), who is now the Commander of the U.S Pacific Fleet.

Maverick is tasked with training the country’s best fighter pilots for a top secret mission to destroy a uranium enrichment plant of an unknown foreign country opponent.

Arriving on base we are met with a wave of nostalgia, from Goose’s son Bradley ‘Rooster’ (Miles Teller) who is now one of the aviators that Maverick has to train, to bar owner Penny Benjamin (Jennifer Connolly) who was referenced but never sighted in the original 1980s film.

Maverick has three weeks to train the pilots for their mission and what follows is a masterclass from the original top gun himself. Maverick does little to please his superiors (one of which is the serious ‘Cyclone’ played by Jon Hamm), and at numerous stages it seems that Maverick will fail in his teaching mission as he struggles with ghosts from his past.

The band of new pilots are a bunch of high achievers including Iceman wannabe (Glen Powell), the highly competent and only female Phoenix (Monica Barbaro) and a dorky superstar Bob (Lewis Pullman).

Top Gun: Maverick has wowed audiences and critics across the globe, making over 1 billion dollars in ticket sales since it opened. It has been credited with the resurgence in cinema-going and has demonstrated at a 60-something movie star can still pull incredible audiences in an age of digital streaming.

While it could be easy to write off its success as being down to timing and nostalgia, the true beauty of the film lies in its absolute simplicity – a predictable and fun plot line, an emotional pull, nostalgic energy and enough feel-good factor to fill a stadium. It is almost exactly what the world needed at exactly the right time, a chance to escape the bad news cycle for 130 minutes into a world of sepia tinted aviators, bronzed bodies and a belief that those who protect us really are everything we expect.

There is nothing particularly boundary pushing about Top Gun: Maverick and perhaps that is the point – the rose coloured glasses we view the past with are brought firmly into the present and remind us that, if only on film, that world really did once exist.

Want more? Click here for our review of Everything I Know About Love.

1 comment on “What to Watch Now – Top Gun: Maverick”