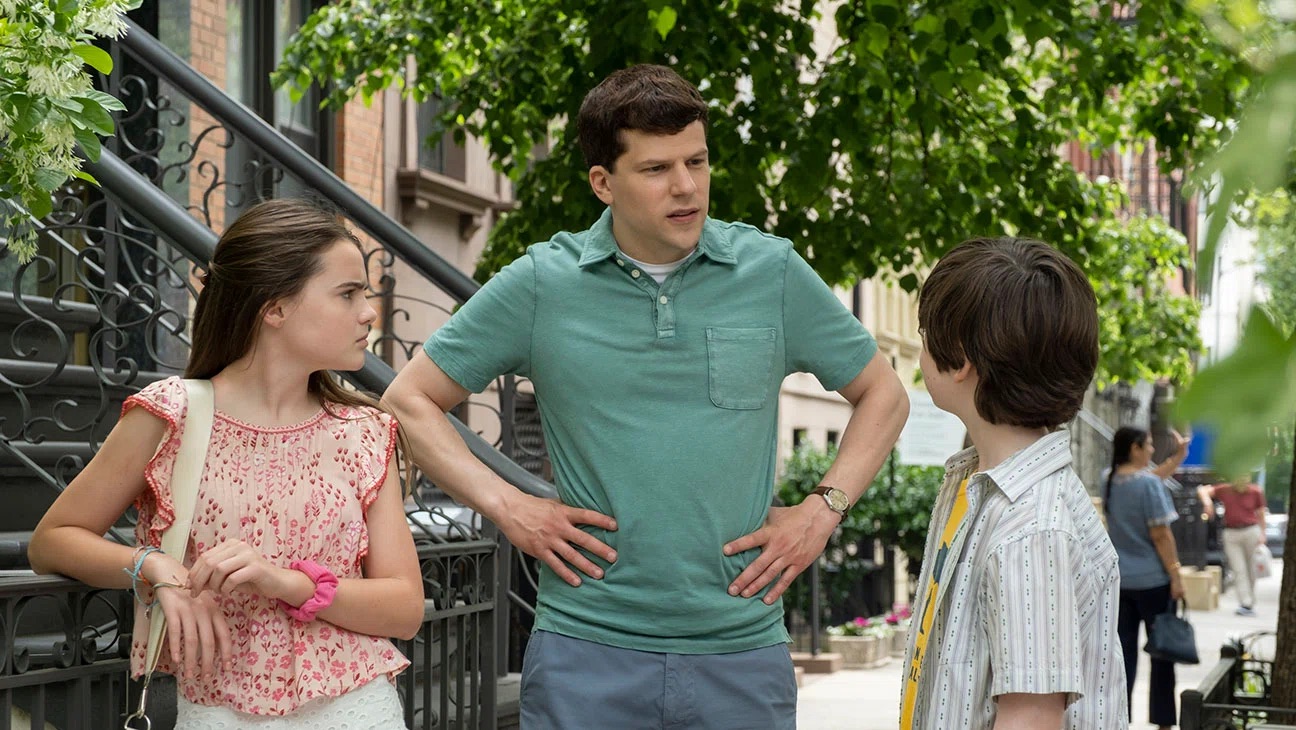 The pain and complexity of marriage and divorce – we review new Disney+ series Fleishman is in Trouble.

If you watch one show this week, make it this one. Based on the book of the same name by Taffy Brodesser-Anker, Fleishman is in Trouble tells the story of 41 year old Toby Fleishman (Jesse Eisenberg) a recently divorced doctor living in New York’s Upper East Side whose marriage has recently broken down.

In his new found freedom, Fleishman plans a summer of lust by hitting the dating apps, however life has other plans when his ex-wife Rachel (Claire Danes), drops their two children, Hanna (Meara Gross) and Solly (Maxim Swinton) off one night and doesn’t return.

The 8 episode series is an intimate look at the complexities of falling in love, parenthood and the breakdown of a marriage by a thousand cuts. The first four episodes focus on Toby and the latter episodes on ex-wife Rachel. The series is narrated by Toby’s childhood friend, Libby (Lizzy Caplan), a magazine writer who is dealing with her own reality of becoming a New Jersey-dwelling stay at home mother of two.

Eisenberg is excellent in his role as a slightly frazzled and anxious doctor trying to piece together what happened to his life (and his wife), while simultaneously working through what it means to be single in your forties. Danes is unrelenting as Rachel, a social-climbing theatre agent whose unabashed ambition trumps the mundanity of family life.

The series attempts to provoke viewers to question the societal norms where a woman’s ambitions are expected to be second to her family, and where a man finds himself in the position of a ‘flipped script’ and the dawning reality of an absent parent that woman across the globe deal with on the daily (you are the wife, Toby’s lawyer so accurately advises him).

The supporting cast led by Caplan and Toby’s best friend Seth (Adam Brody), is excellent but it is Danes and Eisenberg’s performances that really steal the show. Finding sympathy for these upper middle class divorcees with no real world problems can at times be difficult but therein lies its beauty, you can love to hate them while enjoying watching their Upper east Side lives explode.

Fans of the book, fans of excellent acting and a witty script and anyone who has been through, or is going through, their own marital woes (be warned it may be uncomfortable to watch!).

Watch the official trailer here. Stream the series on Disney+.