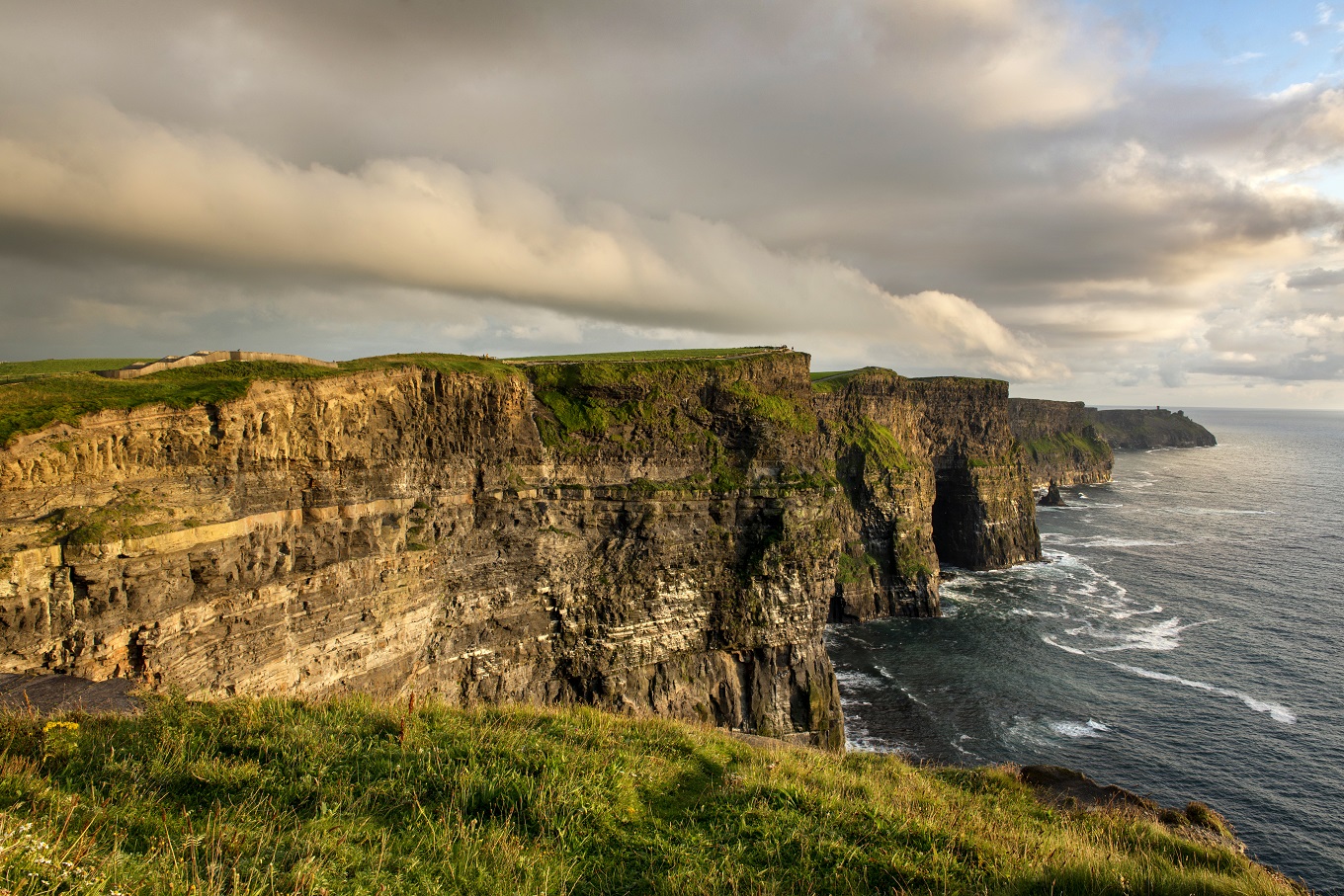 The Emerald Isle is one of the world’s most spectacular islands, from coast to coast we round up five of the best Road Trips in Ireland.

Stretching more than 2,500 km along the length of the island of Ireland’s west coast from the tip of Malin Head in County Donegal to Kinsale in Country Cork, the Wild Atlantic Way is the world’s longest defined coastal touring route. And it is exactly what it sounds like – rugged, windswept and unrestrained.

Passing through nine counties and having inspired dreamers, poets and painters, spectacular highlights along this epic route include some of the highest sea cliffs in Europe, the magnificent Slieve League Cliffs, Ireland’s only cable car on the Beara Peninsula; the majestic Cliffs of Moher, the dreamy Glencar Lake, wild surfs and more.

Pro tips:
– By driving from the south to the north, you will be on the ocean side of the road.
– There is a range of accommodation along the way, including farm houses, BnB’s, hotels, luxury resorts and castles, so try to stay to different ones for a diverse experience.

From the Dothraki grasslands to the Kingsroad, George RR Martin’s epic landscapes are brought to life throughout Northern Ireland. All up, there are around 25 locations, including the Dark Hedges, Titanic Studios, the 400-million-year-old caves at Cushendun (birth place of Melisandre’s shadow-baby),  Magheramorne Quarry (entrance to Castle Black), Murlough Bay, Ballintoy Harbour, Larrybane, Antrim plateau, Castle Ward (Winterfell), Inch Abbey and Downhill Strand (Gragonstone).

That’s a lot to pack in, but it’s not just the natural attractions that’s on offer. You can also join guided tours to practice your archery skills, and even meet “direwolves” at a range of Game of Thrones® experiences throughout Northern Ireland. For the ultimate immersive experience, the Game of Thrones Studio Tour at the Linen Mill Studios in Banbridge is a must.

One of the island’s most lauded spots, the 179km long Ring of Kerry sits in the dreamy surrounds of Killarney National Park. Starting and ending at Killarney, this route will expose you to endless treats to the eye, from glistening lakes, rivers and waterfalls, to grand houses and castles. This is also the heartland of quintessential Irish villages, such as the vibrantly coloured Sneem, Waterville and Derrynane. And then there’s is the Bog Village, home of an authentic thatched village.

Ladies View (named as such because it was the favourite spot for Queen Victoria’s ladies-in-waiting) with its sprawling vistas of the Lakes of Killarney, stands in stark contrast to the craggy Atlantic coast and the dramatic spikes of the Skellig Islands, and both are jaw-dropping.

Pro tips:
– Tour buses drive anti-clockwise around the Ring of Kerry, so drive clockwise to avoid bus traffic.
– The entire route takes about 3.5hr to complete without stopping, so best to allocate a full day when visiting.

Known as “one of the world’s great road journeys”, the Causeway Coastal Route curves around the northeastern coast from Belfast Lough to Lough Foyle. The journey meanders along imposing cliffs, crystal-clear waterfalls and characterful castles.

Some of the highlights along the way include Gobbins cliff-walk (one of the most dramatic walks in Europe), the Glens of Antrim (comprising of nine thoroughly scenic glens or valleys), and the geological marvel of the Giant’s Causeway (where remnants of an epic legendary battle and its 40,000 basalt columns have created some spectacular landscape).

Pro tip: You will need 3-5 days to enjoy take in the 313km Causeway Coastal Route.

Spanning 5,000 years of history across 15 counties, Ireland’s Ancient East boasts every facet of the island. Dotted across this lush landscape and rolling down to panoramic seascapes are megalithic tombs, medieval castles, holy treasures, ghostly gothic architecture and tombs that predate the pyramids.

Exploring the 6th century monastic retreat of Glendalough is a must, so is gazing across the Irish Sea from the world’s oldest lighthouse at Hook Head. If you like beaches, then Morriscastle Beach, one of the longest beaches in Europe stretching 20km will surely impress. Then there’s the world’s oldest operational lighthouse, Hook Lighthouse which sits near the villages of Hook Head in Wexford and Crooke in Waterford, birthplace of the expression ‘by hook or by crook’. The one thing visitors can take away from a visit here is that Ireland’s ancient history is still very much alive.

Pro tip: Summer is generally the best time to visit, but to avoid crowds, consider the shoulder period in May and September.

To see more about this beautiful country visit www.ireland.com.

Want more? Click here for our Guide to the Cinque Terre and here for Old World Elegance in Turin, Italy.