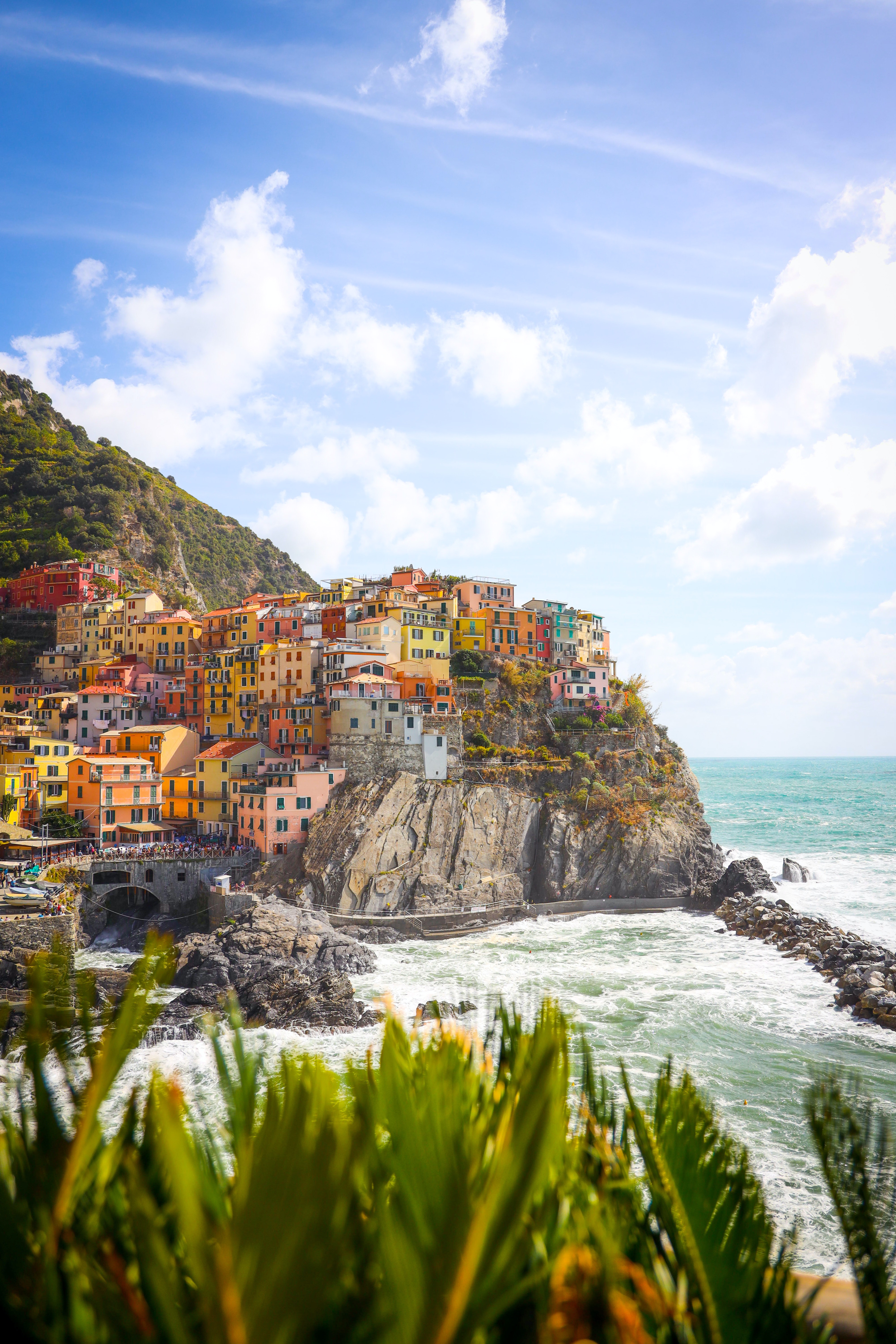 Visit the famous five villages of the Cinque Terre in Italy, a must-visit on an travel lover’s list.

Italy tops the list of favourite travel destinations for so many people and it is so easy to see why – from the fashion, food, culture, lakes, Riviera and the diverse cities from Venice to Milan and the capital Rome, there is something that suits everyone.

One of the most spectacular places we have visited on our travels in Italy is the Cinque Terre. The Cinque Terre is a collection of five World Heritage Listed villages on a dramatic, rugged stretch of the Italian Riviera.

About the Cinque Terre

The region has a long history of human habitation, dating back to the Roman Empire, but it wasn’t until the Middle Ages that the villages began to take on their current form. Throughout the centuries, the residents of the Cinque Terre have relied on terrace farming and fishing to make a living. In the 19th and 20th centuries, tourism began to play a major role in the economy of the region. In 1997, the Cinque Terre was declared a UNESCO World Heritage Site, recognizing its unique cultural and natural beauty.

The five villages, Monterosso, Riomaggiore, Vernazza, Corniglia and Manarola are perched high on dramatic cliffs looking out to sea and are awash in pastel shades. Each village has its own unique character and charm.

Monterosso al Mare is the largest of the five villages and is known for its beautiful beaches and charming old town. It also boasts a picturesque harbor and a number of charming restaurants and shops.

Vernazza is considered one of the most picturesque of the Cinque Terre villages, with its colorful houses and steep streets that lead down to a small port. It is also known for its historic castle and church. (Vernazza is an ele team favourite!).

Corniglia is the only village that is not situated directly on the sea and is instead perched atop a cliff. It offers a panoramic view of the coast and is known for its picturesque terrace vineyards.

Manarola is another one of the most picturesque villages, with its brightly colored houses and picturesque harbor. It is also home to one of the Cinque Terre’s most famous hiking trails.

Riomaggiore is the southernmost village of the Cinque Terre and is known for its charming streets, picturesque harbor and its small beach. It is also the starting point for the famous “Via dell’Amore” hiking trail that connects Riomaggiore to Manarola.

Monterosso is the only one of the five villages that has much of a beach area which makes it popular with families and sunseekers, however our favorite village to stay in is Vernazza, for its quaintness and exquisite scenery.

The Food of the Cinque Terre

The food of the region is magnificent, handmade ravioli with prawns, fresh fish and trofie pasta, the Ligurian speciality pesto topped on fresh pizza and a glass of sweet late harvest sciacchetra are some of the highlights.

Make sure you also try the local anchovies (which the area is famed for) and the plump juicy lemons which are in abundance all over the region. The region’s close proximity to the sea means that fish and seafood are a staple in local dishes. Some popular seafood dishes include anchovies, sardines, and squid, often served in a sauce made from local herbs and olive oil. Pesto sauce is also a Cinque Terre specialty and is often used in pasta dishes. Local wines, particularly white wines such as Vermentino and Sciacchetrà, are often paired with seafood dishes. The region is also famous for its fresh and flavorful produce, including olives, lemons, and tomatoes. Desserts such as lemon cake and biscotti di farina d’avena are also popular in the Cinque Terre.

Travelling around the Five Villages

Reaching the five villages (and travelling between them) is easiest by train with direct services from Pisa, Genoa and Rome. Largely not accessible by car (cars are not allowed in to the town centres) taking the train that winds through each of the villages is the most simple way to get around.

Another great way to experience the Cinque Terre is to walk between the five villages – which for centuries was the only way of getting around – and take in some of the most exquisite sea views. The paths can be hilly so come prepared with good walking shoes.

Accommodation can be hit and miss and can also be very expensive at peak times so we recommend first choosing the village you want to be based at and then doing your research – it is possible to find some quaint family-run accommodation that won’t break the bank and will give you a taste of the authentic Italian life. If you like castles, crashing waves and a deck overlooking the aqua blue sea try Gianni Franzi in Vernazza.

Many of the villages will require alot of walking up and down steep stairs so be prepared to get a good workout and don’t forget to pack some suitable footwear.

When To Visit the Cinque Terre

To do the area justice, we would recommend at least 3-4 days to explore, it is possible to visit just on a day trip however the real beauty of the Cinque Terre is slowing down and enjoying the good life for a few days without rushing.

Make sure you add the Cinque Terre to your next Italian itinerary, it truly is a magical part of the world.

Want more Italy?  Click here for one of our favourite villages in Lake Como, here for the cosmopolitan city of Milan and here for the romance of Venice.

8 comments on “Travel Guide to the Cinque Terre, Italy”