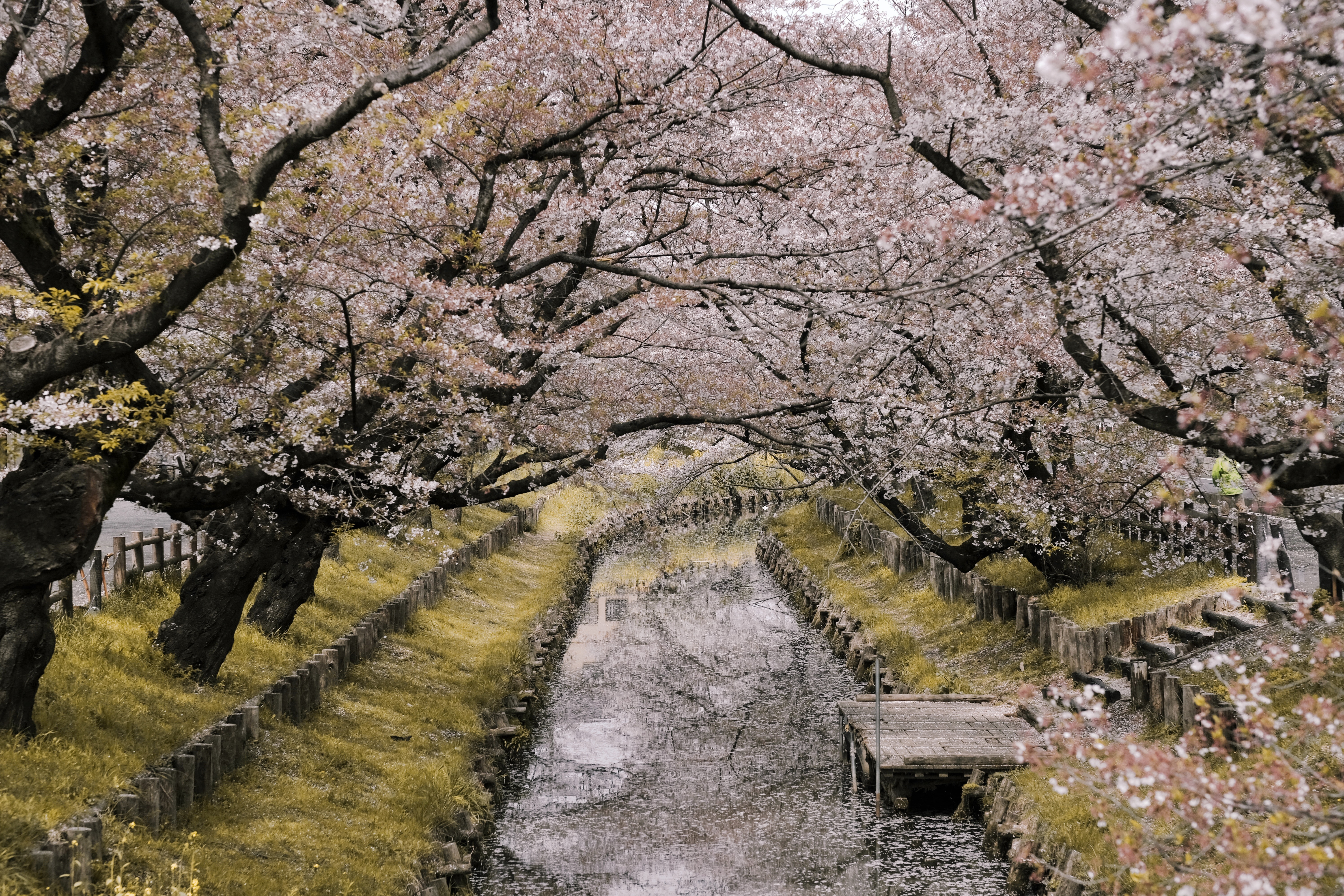 We round up the best places to see beautiful cherry blossoms in the world. By Jennifer Johnston

If you have already seen the pretty light pink and white five-petaled cherry blossoms in full bloom, you’re unlikely to ever forget them. Because cherry blossom trees bloom for only a fleeting time and we don’t want you missing out, we’ve compiled a list of where and when this magical feat of nature occurs so you can plan your next spring escape to coincide with the viewing of these beautiful blooms.

During Spring, along the banks of the East Potomac Park and the Tidal Basin, the Nation’s capital is awash with a sea of pastel pink. Gifted by Japan in 1912, the 3,000 mature trees are a visually pleasing pop of colour against the city’s historical monuments – the Thomas Jefferson Memorial and the Washington Monument – providing many photogenic moments.

When: Peak bloom varies each season between mid-March to mid-April. Check the Cherry Blossom website here.

Vancouverites celebrate the end of the rainy season with the burst of colour from the flowering of the city’s 40,000 cherry blossom trees.

Stanley and Queen Elizabeth Park provide the perfect location to view the cherry blossoms with the city as a backdrop. To find cherry trees in a traditional Japanese setting, head to the Nitobe Memorial Garden inside the University of British Columbia Campus.

When: Early to late April

You may not associate Scotland’s capital with cherry blossoms but take a walk down the Royal Mile, through the Meadows or the University of St Andrews during Spring and you will see why this cultural hotspot rates as one of the most attractive cities in the world.

When: Blooming times vary between the beginning of April to mid-May.

Cherry blossom lovers from around the world descend on the land of the rising sun in late March early April to bask in their pastel beauty. The viewing of cherry blossoms has been celebrated in Japan since the 8th century. Unofficially the national flower of Japan, (chrysanthemum takes that accolade) the most well-known species is the Japanese cherry – sakura.

The sea of pink blooms heralds the end of winter and beginning of spring. To the Japanese, the flower’s brief life span represents the transience of life, an underlying theme of Buddhism. Once the buds have flowered, they fall to the ground creating a carpet of pale pink known as sakura fubuki, sakura snow.

When: Okinawa Island cherry blossoms bloom as early as January. In the southern region of Japan, from early to mid-March; Tokyo is usually two weeks behind towards the end of March. Further north, the blooms peak later, on the northern most island of Hokkaido can sometimes be as late as May.

And in case you’re wondering if cherry blossoms smell as good as they look, their scent is subtle and delicate, which becomes stronger if they are steamed under hot water.

Want more? Click here for The Best Places to See Cherry Blossoms in Australia and here for The One Place I Plan to Travel To When Restrictions Lift.