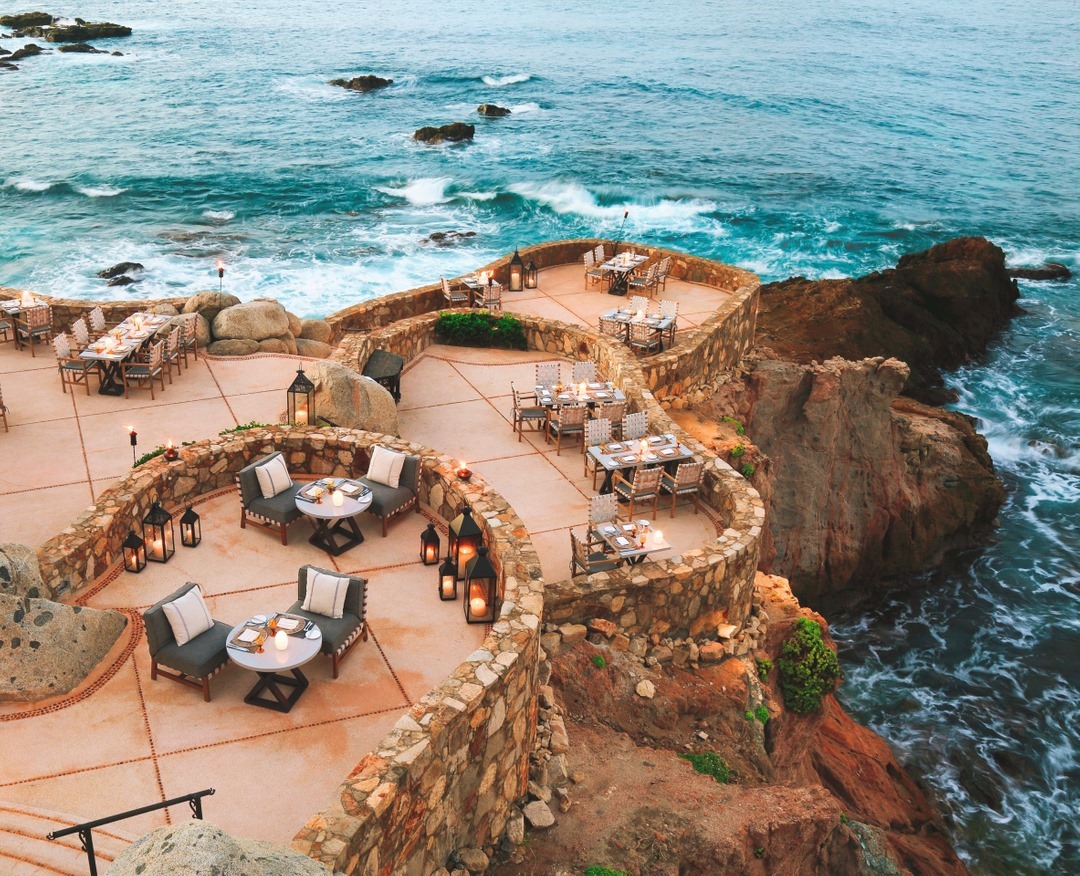 Olivia Wilde’s utopian thriller Don’t Worry Darling has drawn global attention for its off-screen drama and big twist. The psychological thriller was filmed across the backdrop of Greater Palm Springs; a unique desert oasis, famed for its plethora of mid-century Modern architecture and bursts of color sitting surreally in a landscape of mountains and palm trees. The film features iconic locations such as The Kaufmann Desert House, Canyon View Estates, Palm Springs City Hall, Palm Springs Visitor Center, The Volcano House, and La Quinta Resort & Club. Visit here for all of the Palm Springs filming locations.

The Eastern Sierra landscape is dramatic, making it the perfect backdrop for blockbuster films. Indiana Jones and the Temple of Doom was filmed on Mammoth Mountain where viewers can watch Harrison Ford and Kate Capshaw escape death by bailing out of a crashing plane and sliding down the snowy face of the mountain. Mammoth Lakes and surrounding areas have also played host to many westerns, including the John Wayne movie North to Alaska and Ride the High Country starring Randolph Scott and Joel McCrea. www.visitmammoth.com

Northern Californian city, San Francisco, has a long and colorful history with film that will make any self-proclaimed film geek want to visit. From classics such as Full House and Mrs. Doubtfire to today’s biggest blockbusters, San Francisco has made plenty of appearances on the silver screen.

One of 2021’s biggest and most anticipated films was filmed extensively around San Francisco – The Matrix Resurrections. From the towering skyscrapers of the Financial District to hidden alleyways in Chinatown, Harry Bridges Plaza, Joe & The Juice, and The Avery at 488 Folsom Street in SoMa (Neo’s home in the film); there are a number of iconic locations that stars Keanu Reeves and Carrie-Ann Moss frequented that you can see, too on a “Matrix Resurrections” walking tour! To access a digital map, visit https://bit.ly/MatrixSFTour or www.sftravel.com

Sonoma County is a longtime California favourite among filmmakers looking for a stunning natural and historic backdrop to their works. Sonoma County has drawn the likes of George Lucas (American Graffiti), Clint Eastwood (True Crime), as well as cult 90s classic Scream.

The town of Bodega in Sonoma County was the setting for Alfred Hitchcock’s classic horror film, The Birds, which still gives viewers a temporary case of ornithophobia (the fear of birds) 50 years later! Bodega is a natural bird magnet that regularly makes Audubon Society rankings for great bird-watching areas, thanks to the plethora of hawks, egrets, herons, and pelicans to be seen. Architecture buffs will enjoy glimpses of the iconic St. Teresa of Avila Church, made famous by a 1953 Ansel Adams photograph. www.sonomacounty.com

This 2007 remake of the 1972 film featured Ben Stiller as the protagonist who can’t settle on his dream woman. A large portion of the action in the film takes place in Cabo San Lucas, with Stiller’s character Eddie and his new wife Lila (played by Malin Åkerman) honeymooning in the resort town. The complication arises when Eddie meets another woman, Miranda (Michelle Monaghan), and he is torn between the two.

In the film, Stiller, Åkerman and Monaghan’s characters experience the beauty of Cabo, staying at the Esperanza resort, a hotel that features incredible ocean views, private villas, an adults-only pool to get some quiet time away from the youngsters, and an award-winning spa and wellness program. The trio hit the water in many scenes, and despite some scripted run-ins with jellyfish and sunburn (always pack sunscreen), Los Cabos put on one of its best performances. www.visitloscabos.travel/

New Zealand is synonymous with the Lord of the Rings tales (see more here!) and with Amazon’s new series a long-awaited return to middle-earth has finally hit screens with the series filmed in vari om February 2020 – August 2021 osu locations around NZ however a lot of the series took place in Auckland om February 2020 – August 2021. Much of the filming took place at Kumeu Film Studios and Auckland Film Studios. And Piha, a coastal city west of Auckland, also features as a backdrop in the series – it is known for its rugged landscape and the scenic three-tiered waterfall, Kitekite falls. www.aucklandnz.com/au/visit

The movie adaptation of the psychological thriller Gone Girl, was set in the fictional town of North Carthage, which was filmed almost entirely in Cape Girardeau, Missouri. The familiar locations such as The Bar, the courthouse and the mini golf course are all real places that are open to the public, although the atmosphere is much warmer and more hospitable than David Fincher’s vision. The history of the town can be experienced through the many antique stores, murals, landmarks, and acclaimed restaurants, boutiques and wineries. The 3,766km long Mississippi River also runs through the town, offering plenty of places to relax by the water, or gaze from up high over the many bridges like The Bill Emerson Memorial Bridge. The bygone charm and modern comfort are found throughout the Show-Me State of Missouri. https://www.visitmo.com/

The city of Beaufort in South Carolina provided most of the location shots for Forest Gump’s charming hometown of Greenbow. The many shop fronts in main street have chosen to keep the Greenbow look, and the iconic scene of Forest running across the “Mississippi River” with reporters, was filmed at the Woods Memorial Bridge. Bluff Plantation just southeast of Yemassee, is where the Gump family home was filmed. The house may have been taken down, but the beautiful exterior still stands with its green pastures and perfectly lined trees along the main driveway. South Carolina is still the go to place for a slice of small-town America with your box of chocolates. Many other movies greats, such as The Notebook, and The Patriot, have also been filmed here to capture those pleasant hometown scenes full of southern hospitality. https://discoversouthcarolina.com/

Want more? Click here for The Ultimate Travel Guide to The Lord of the Rings Movie Locations and here for Awe-Inspiring Rail Trips in Japan.