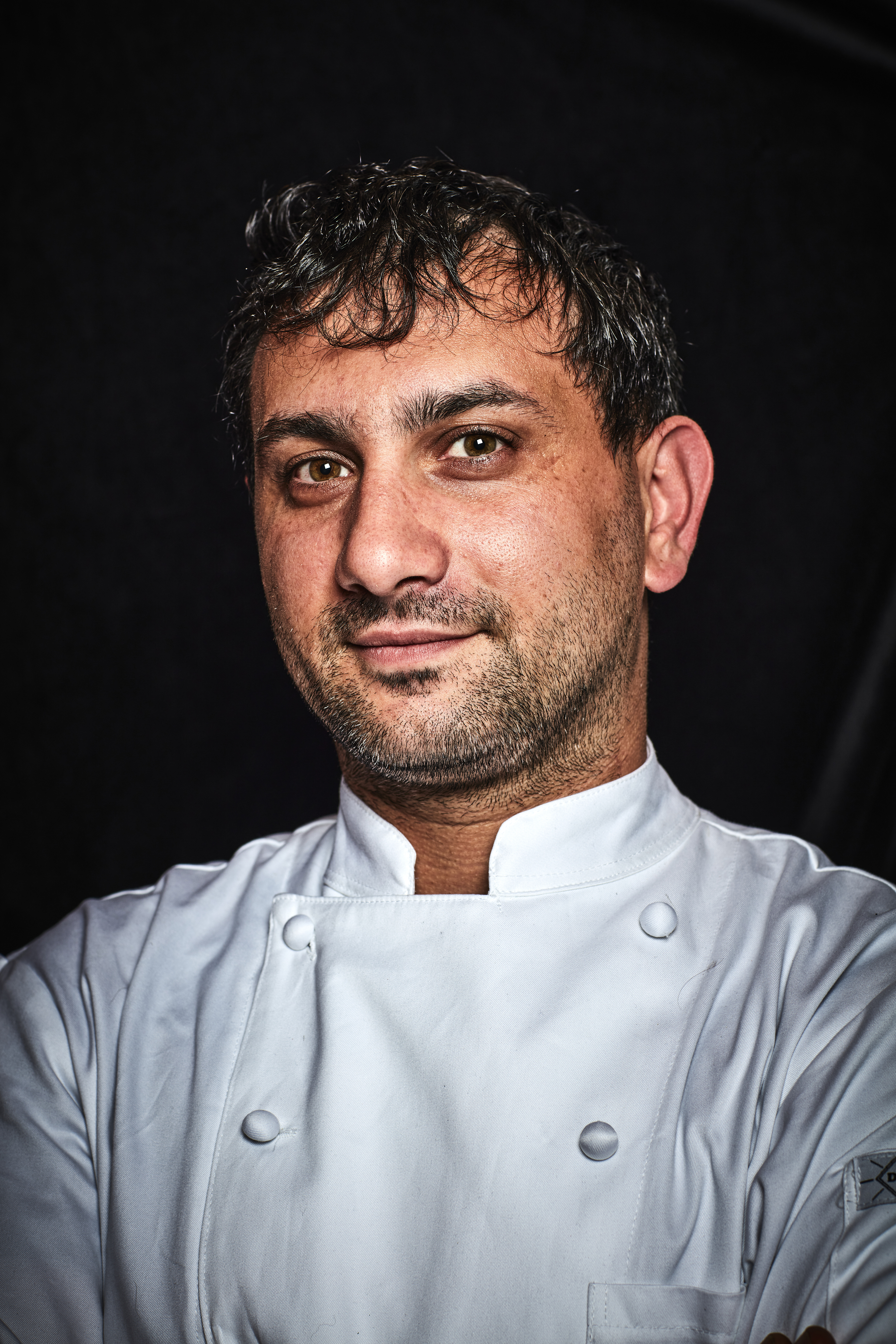 In our latest interview series we ask inspirational business founders, entrepreneurs, chefs, artists, celebrities and personalities who has been the biggest inspiration in their lives. This week we chat to Martino Pulito, Executive Chef at Cucina Porto at The Star.

Raised in Martina Franca in the region of Puglia, Martino Pulito recalls Sunday lunch prepared by his nonna, mother and sister for the entire family to feast on. From just 10 years of age, Martino would venture into the kitchen, learning his mother’s favourite recipes, often consisting of just three or four ingredients that were easily sourced from neighbouring farms or seaside villages.

In his teens, Martino was working in the village bakery, attending school during the day and working evenings into early hours of the morning baking bread. With an obvious passion for Italian cuisine ingrained in his upbringing, Martino went on to hone his culinary skills studying at I.P.S.S.A.R. Castellana Grotte in the province of Bari before making the move to Milan where he became Senior Chef De Partie at AFM Banqueting.

A poster of the Australian landscape hanging in his home for as long as he can recall, Martino always felt a connection with our country, and his dream of living and working abroad was a vision that came to fruition in 2012.

Just eight years after arriving in Sydney, Martino has carved out an impressive career in the industry, with local appointments having included Senior Sous Chef and Kitchen Manager at Jamie’s Italian, Head Chef at La Vucciria, Head Chef at Pasta Emilia, and most recently Head Chef at The Morrison alongside Sean Connolly.

His tenure at The Star Sydney has commenced with the opening of Cucina Porto, where Martino will introduce an Italian eatery that brings his version of Italian culture and cuisine to life. Cucina Porto is the culmination of Martino’s childhood memories, a recreation of his family table for guests to enjoy as they discover dishes derived from his family’s favourite recipes and inspired by his home region of Puglia.

1. Antonio Marangi: Antonio has been my biggest mentor and influence throughout my career, as the first executive chef I ever worked under with multiple Michelin stars to his name. I come from the Southern region of Italy in Puglia, and when I moved to Milan in Northern Italy at just 18 years old, I had my eye on Antoni Marangi, being one of the biggest name chefs in Milan. It was Antonio who gave me a chance at his restaurant and trusted me to work in his team, being one of the youngest there, which I’ll forever be grateful for. Throughout my few years there, Antonio allowed me to work in so many areas of the business from service and production, to the trust in making sauces and having a team of 4 – 5 people working under me, despite having 20 + years more experience. Along with this he tested me and gave me opportunities to work with incredible international brands such as Prada, Gucci, Versace, the F1 and taught me organisational skills in running your own business. It’s these skills that have allowed me to get to where I am today.

2. David Clarke: David Clarke was Executive Chef of Jamie Oliver’s restaurants in Sydney when I first moved to Australia. I didn’t speak English and communication was very difficult for me. David gave me the same opportunities that I had in Italy, in Sydney which I’m very grateful for. He believed in me and gave me his trust, because he knew my cooking skills would deliver. David helped me learn and grow during my time working with him – allowing me to approach Australian customers and management and learn the English language.

3. Sean Connolly: When I worked with Sean, I saw myself working in the same environment as when I grew up in Italy. It was always about the passion and the flavour of the food before anything else. Originally from Yorkshire in the UK, Sean allowed me to diversify my skill set, learning his British style of cooking, which is heavily influenced by French techniques. These skills I’ve learned from Sean, I’ve been able to adapt into my own Italian cooking, taking the way I prepare my food and the flavours I use to a whole new level. What is so inspiring about Sean is despite his success, he is still so grounded and hasn’t lost any of the passion about food from when he first became a chef.

4. My Mum: My mums passion for cooking is engrained in and what truly kick started my love of cooking and what really shines through the food now at Cucina Porto. As a little kid, my mum pushed me to try different foods and expand my palate, even if I didn’t like it – which today I look back and so grateful for. She was constantly experimenting in the kitchen for birthdays, family lunches creating so many delicious recipes. I’ll always remember going to the markets with mum growing up, picking up fresh ingredients. She’s famous in our neighbourhood in Italy for her cooking!

For more information on Cucina Porto, including opening hours and reservations visit here.