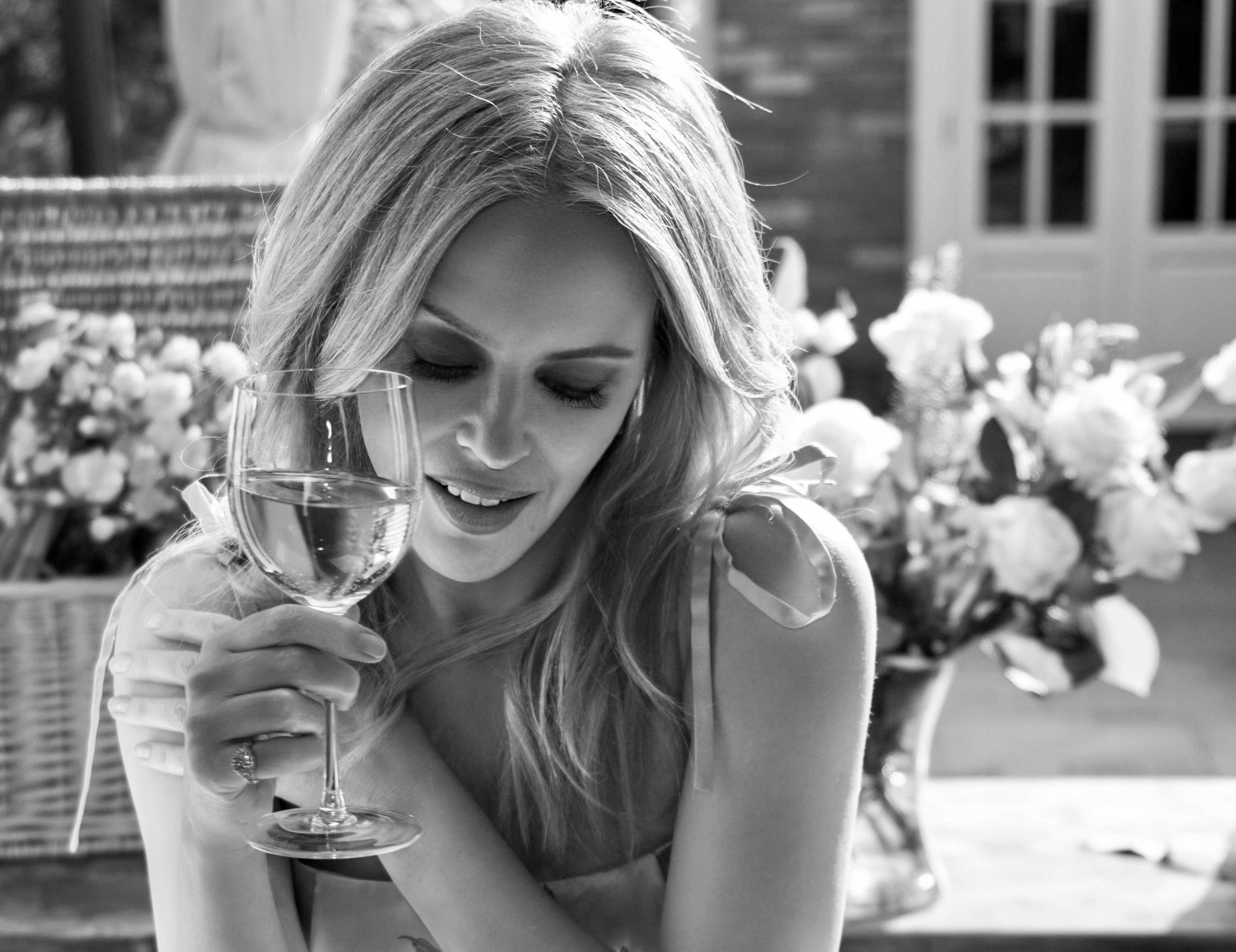 Kylie fans get excited! Following the sell-out success of the Kylie Minogue Signature Rosé in the UK, Kylie Minogue Wines has landed in Australia to an excited reception, following unprecedented demand in the UK.

“It’s a real thrill that Kylie Minogue Wines has finally launched in Australia – I hope Rosé fans will fall in love with this first offering! Launching the brand with the team at Benchmark Drinks has been a joy, and a fascinating learning experience for me, especially while developing our first Australian wines. These will be launched next year and include an opulent Margaret River Chardonnay from acclaimed producer Howard Park, and a cool-climate Yarra Valley Pinot Noir from De Bortoli.” – Kylie Minogue

Kylie Minogue Signature Rosé is an elegant, bespoke blend made from Carignan and Cabernet Sauvignon grapes sourced from the sun-drenched southern French Coast – a region known for its innovative viticulture. With a deliciously juicy and fresh-first impression, the elegant blend features a beautifully pale-pink shade with delicate, alluring aromas of fresh summer berries and white blossom, refined and refreshing on the palate with a fruity, crisp finish.

The wine is beautifully presented in a long-neck curved bottle with an engraved label featuring Kylie’s signature, finished off with a bespoke pearlescent capsule.

Since The Loco-motion topped the charts in 1987, and became the highest selling single of the decade in Australia, Kylie has sold over 80 million records, achieved 34 top tens and 7 number ones. In 2008, Her Majesty, Queen Elizabeth II awarded Kylie an OBE for her services to music. In the same year she was awarded the highest cultural honour in France, chevalier dans l’odre des Arts et des Lettres, by the French Government for her contribution to the enrichment of French culture. As well as these prestigious accolades, Kylie has a Grammy, three BRIT Awards and 17 ARIAs. In 2011 she was inducted into the ARIA Hall of Fame and in 2019 received an Officer of the Order of Australia Award (AO).

In 2019, Kylie set the current record for the most-watched performance ever at Glastonbury, with over 3.9m people tuning in. Her recent singles, ‘Say Something’ and ‘Magic’ have achieved widespread acclaim, and her forthcoming album ‘Disco’ will be released on the 6th November 2020.

Benchmark Drinks is a London-based distributor and brand developer established in 2018. Led by MD Paul Schaafsma, the combined trade experience of the team totals over 100 years all in senior management roles. They manage a premium portfolio of award-winning global brands from Australia, New Zealand, Argentina and France.

Want more? Click here for A Day In The Life Of Bec Hardy, The First Female Vigneron From One Of Australia’s Oldest Wine Families, The Hardys.