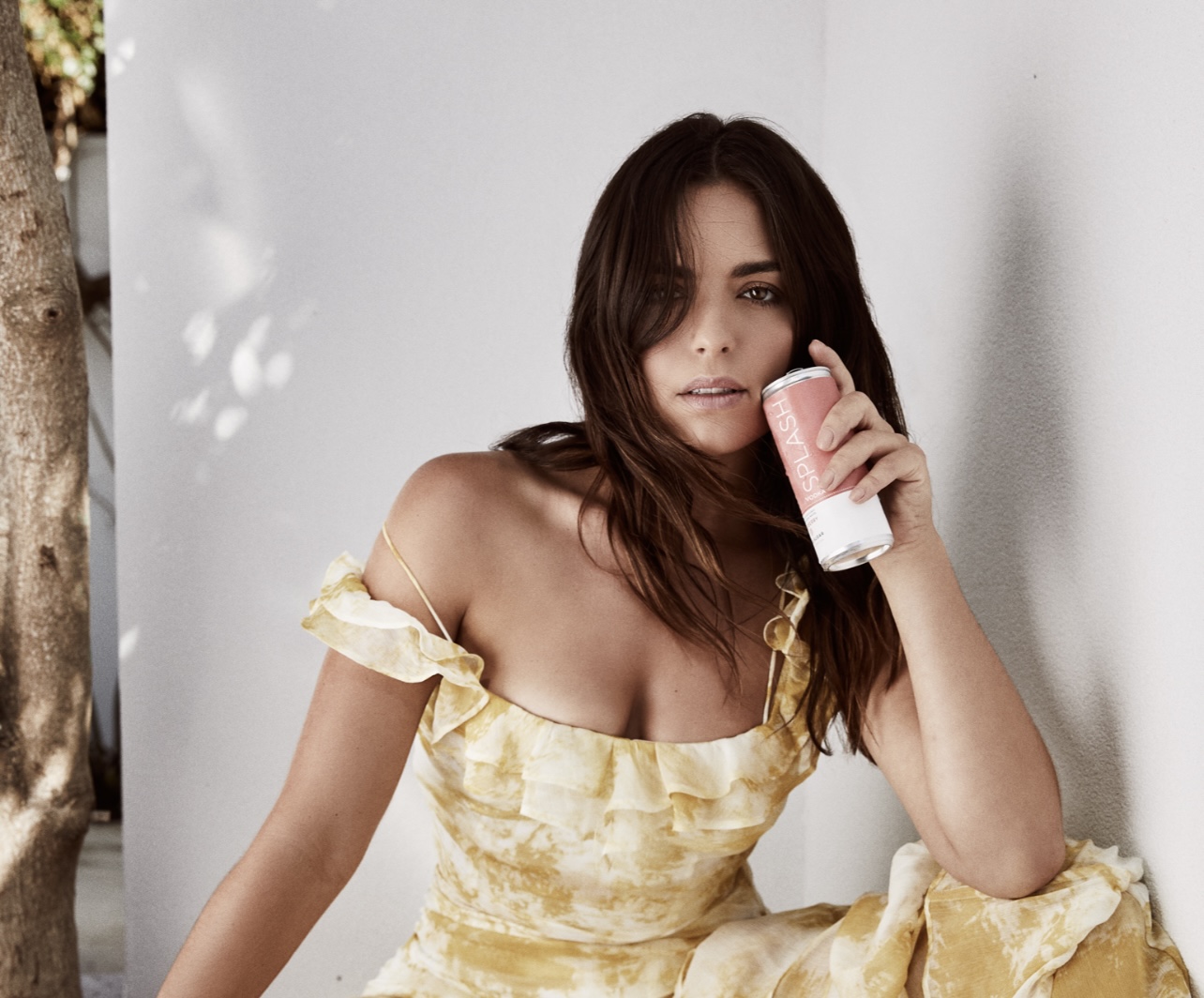 Actress and TV Personality, Olympia Valance starred as Paige Smith on Australia’s Neighbours, a role that landed her a Logie nomination for Best New Talent and a role she reprised to celebrate the 35th anniversary of the hit drama. Olympia most recently played Tahlia Woods, a socialite, entrepreneur, and designer in Playing for Keeps.

Having competed in Dancing With The Stars in 2019, Olympia returned to the ballroom this year with hopes of winning the series after a shock elimination sent her packing three years prior, on a near perfect score.

The third eldest of eight siblings, Olympia comes from a Greek and Serbian family.  A self- professed ‘foodie’ she has fond memories as a child, at home in the kitchen, cooking Greek feasts with her mum.

In addition to her acting and modelling roles, Olympia is a co-founder of Splash Vodka, an Australian vodka seltzer brand which is made in Victoria. We catch up with Olympia and find out how she spends her weekends.

Friday night is always a favourite for me – the week that was just melts away, plus you still have the entire weekend to still look forward to.

I like to end the work week with a cheeky knock off drink around 4.00pm (who am I kidding, sometimes earlier), which is always a can of Splash. I go back and forth on my favourite flavour, but at the moment I am all about the watermelon and pomegranate, which is one of our newer additions to the range. It is so refreshing and clean and the perfect pick me up after a long week.

My fiancé Thomas will usually head into town and grab a few pizzas, which we’ll then take to a beautiful little spot near our property to eat while we watch the sun go down. This has become one of my favourite summer traditions (especially as this is the first real summer Melbourne has had in three years!).

When we head back to the house, without a doubt I’ll choose one of the Harry Potter films and snuggle in for the evening with my cats on the couch. I’m very ritualistic with my television viewing habits, so I can say with certainty this is exactly where you will find me every Friday night!

I’m always an early riser, even on the weekends. I’ll usually get up between 6.00am and 7.00am, and head outside to drink my coffee amongst the fresh energy and air of the day. My day is always infinitely better when it begins peacefully amongst nature.

Within the past six months I’ve really gotten into cake making, so I like to give myself the majority of a day to put together whatever I have envisioned in my head. It’s incredibly therapeutic, hands on and creative, it’s probably one of the first hobbies I’ve actually ever had and really enjoyed.

My favourite cake that I’ve made to date was one for my Mum’s birthday, which took the form a woman’s body, which I then added fresh roses to, to make the entire thing look like a sculptural vase. It’s also always best for me to make a cake when I know we have people coming over who can help me eat it, which we almost always do on a Saturday night.

As we now live about an hour out of Melbourne, when people come over for dinner, they almost always stay the night too.  If the weather is nice, Thomas will crank up the barbeque and I’ll put together a few simple Greek salads. We’ll share a beautiful bottle of red wine, and either sit outside around the firepit or play boardgames. There’s really nothing I enjoy more than a wholesome, family and friends filled Saturday night.  My mum always had an open-door policy for anyone who wanted to pop around and that’s definitely something I’ve adopted and taken on into my adult life too.

Sunday mornings are all about an egg and bacon sandwich done on the barbeque. There’s nothing that makes you feel more like you’re on a mini farm vacation away from the world than that!

We made the decision to move up here permanently (Daylesford, VIC) towards the end of last year. We are on a few acres, so there is always a lot to do on the weekends, whether it be mowing, landscaping, or painting the house. We’ve slowly been ticking things off our list to really make this home our own. I now love it so much here it takes quite a lot to get me to ever leave!

The weather has been so beautiful here in Victoria this summer, so Sunday afternoons usually see me lying out in the sun, with a can of Splash, enjoying the last few hours of the weekend before the mayhem of Monday rolls around again.

I’ll normally cook something that creates delicious leftovers for Monday night’s dinner too. I have perfected my roasts, and I also make an excellent chicken cacciatore. I’ll usually light a few candles, have a bath, pop on a face mask, and lean right into my self care routine. I also try and head to bed early on a Sunday night so I’m feeling energized and ready for the week ahead.

Want more interviews? Click here for our My Weekend and Day in the Life interview series.

2 comments on “My Weekend with Olympia Valance, Actor and Co-founder of Splash Vodka”