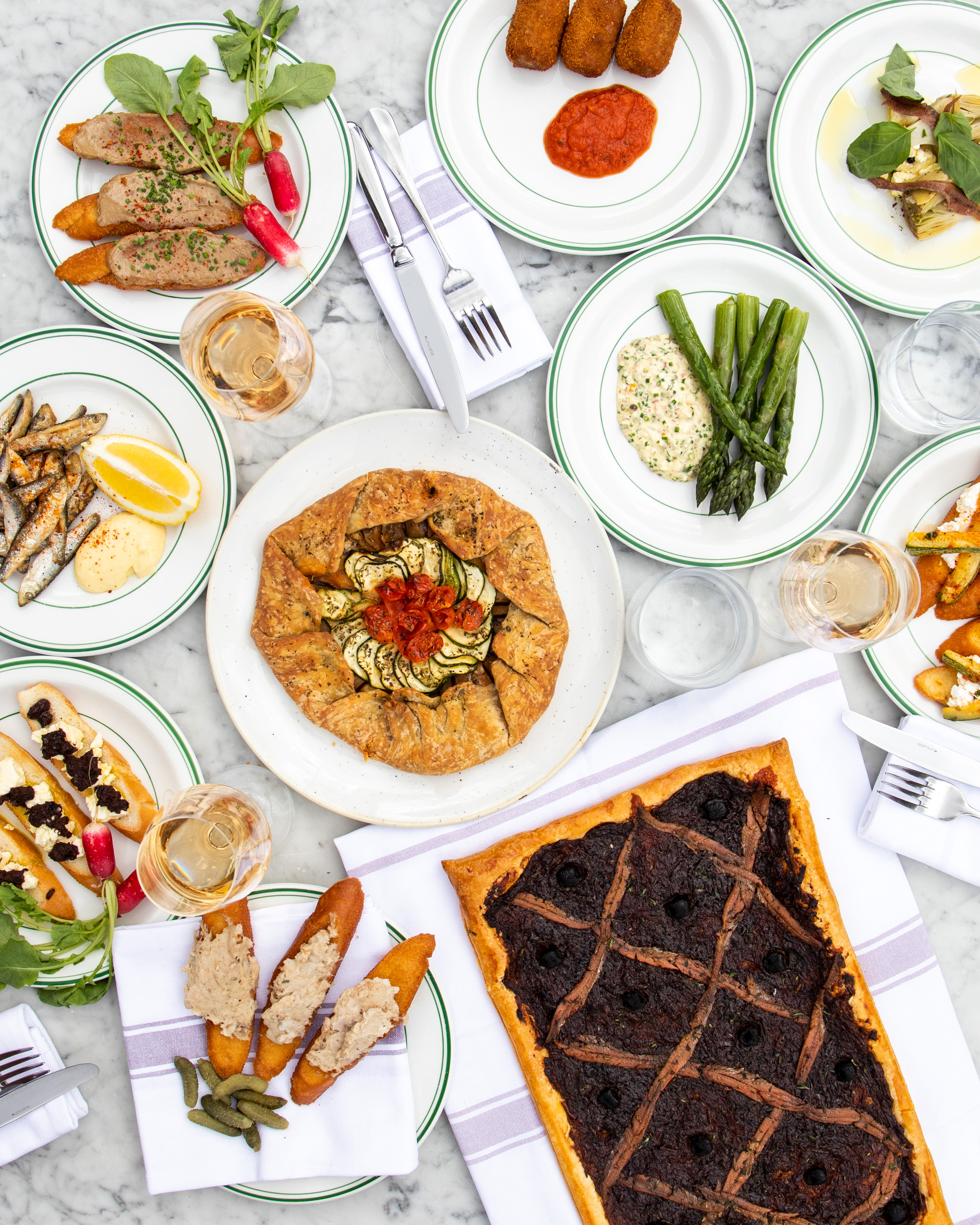 The team behind London’s Michelin-starred restaurant, Leroy, brings a new eatery to London’s east, Royale. Located at the East London Liquor Co. amongst the canals, Royale is inspired, in part, by the legendary matriarch of Domaine Tempier, Lucie ‘Lulu’ Peyraud and her ‘cuisine de bonne femme‘. Lulu, who died last year at the age of 102, was a true force of nature, advocating for both Provençal cooking and the regions’ wines.

Lulu was also known for hosting lavish dinner parties, entertaining thousands of visitors at her table in the Bandol region of southern France. Royale and its rustic, sharing-style menu, created by Ed Thaw, behind Leroy & Others Wines and head chef Lucy Timm, previously Sager & Wilde and Leroy, has been designed to replicate this same sense of togetherness and ‘joie de vivre‘, whilst paying homage to the region’s iconic and comforting cuisine.

Dishes are served on the large terrace and dining room and include whipped cod’s roe with bonilla crisps; devilled white bait and aioli; and potato and courgette gratin with wild garlic pesto.

Enjoy a half or whole rotisserie chicken (a corn-fed bird, cooked on a vintage Rotiserol), served alongside jus-soaked potatoes and a simple mixed leaf salad with a mustard vinaigrette. For dessert, there is the choice of a pear and almond tart with crème fraîche, or rum-infused chocolate mousse, topped with chantilly cream and amarena cherries.

A carefully curated list of French wines, served by both the bottle and the glass, with a selection on tap as well as cocktails designed by East London Liquor Company are on offer. Standouts include the Space Jam (ELLC Brighter Gin, carrot, smoke, and I.P.A), The Blood Bagarre (tequila, blood orange, clementine, and pear cider) and the Pear Diver Martini (Kew Garden Gin, Akvavit, dill, and vermouth).

Royale was first brought to life during lockdown. When Leroy was forced to close, the team started to deliver corn-fed Anjou rotisserie chicken, alongside jus-soaked potatoes and salad to East London residents. They also offered a number of selected wines. Royale is now back open in time for the English summer.

Want more? Click here for the Savoy, one of the great hotels of the world and here for London’s Prettiest Biscuit Shops.