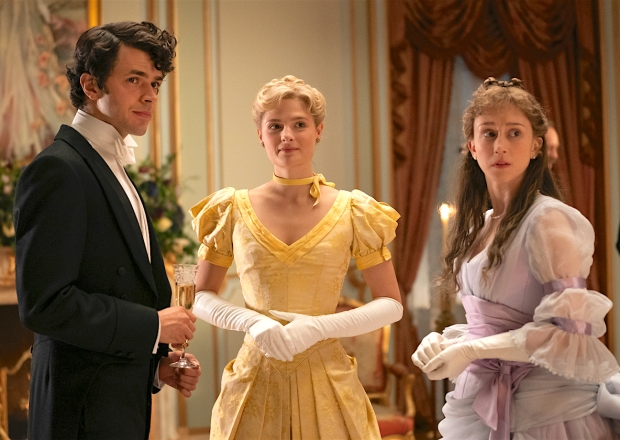 It has been described at Downton Abbey meets Bridgerton, with a New York twist. The Gilded Age is set to be the next period show that everyone will be talking about.

What is The Gilded Age about?

Written and produced by Downton Abbey’s Julian Fellowes and Gareth Neame, The Gilded Age is set in New York in the nineteenth century. The story begins with country-raised Marian Brook being sent to New York to live with her wealthy aunties following the death of her father. She enters the privileged world of old money and class on New York’s 5th Avenue.

The title refers to the ‘gilded age’ of New York in the late 1800s and early 1900s when America’s economy was booming due to the transcontinental railways and the oil and steel boom. The story follows the lives and fortunes of the ‘old’ and ‘new’ money sets as they tussle for power and privilege.

Who is in The Gilded Age?

Should I watch it?

Early reviews have been mixed, however if you love period dramas, exquisite costumes, decadent imagery and the glossy life of wealthy New Yorkers, this will be right up your alley. The 80-minute premiere episode is long, so be prepared to settle in for an almost movie-length start.

When is it released and how can I watch it?

The series is streaming on Paramount+ in Australia from 26 January 2022, and in the US on 24 January on HBO and HBO Max. In the UK watch it on Sky Atlantic and Streaming Service NOW on 25 January.

Want more? Find out all of the details about Bridgerton Season 2 here.

1 comment on “What to Watch Now ‘The Gilded Age’”