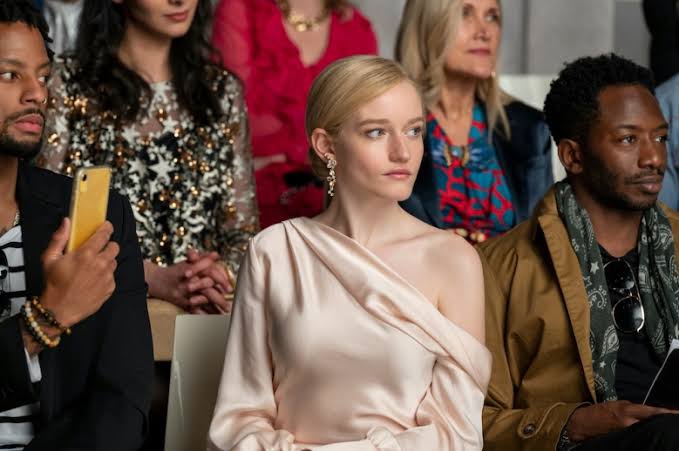 Truth is often much stranger than fiction and Inventing Anna, the story or Anna Delvey is one story that is almost too unbelievable to be true.

If you have read Anna’s story, you will know she left a trail of unpaid hotel bills, jilted friends, racked up credit card debt (on other people’s accounts) and convinced a bank to loan her money for her entrepreneurial pursuits with little or no means to pay it back.

Sorokin/Delvey was eventually imprisoned in April 2019 on counts of grand larceny, attempted grand larceny and theft of services for which she was imprisoned for 4 to 12 years.

The limited series is produced by Shonda Rimes (Bridgerton) as part of her deal with streaming giant Netflix. The story focuses on journalist Vivian Kent from fictional Manhattan magazine, who is portrayed by Anna Chlumsky, as she pursues Anna’s story in an attempt to redeem her career prior to having her first child. Sorokin is portrayed by Julia Garner, and an ensemble cast based on real life characters supports.

As the series commences the credits reveal that the ‘this story is completely true, except for the parts that are totally made up’.

The prevailing ‘Who is Anna Delvey’ question throughout the series is never fully answered and a quick of real life scroll of Anna’s Instagram does nothing to assist in answering this question.

Whether she is a complete fraudster who plotted and planned to rip of her victims, a product of a culture that rewards wealth and fame and those who go to all lengths to get it, or a naïve young woman with a sense of entitlement who truly believed she had a right to anything she wanted, who knows? Only the real Anna Delvey (or is that Anna Sorokin?) can answer that.

What we do know though, is lovers of fraud, deception and con artist stories with the backdrop of glittering New York will enjoy this series.

Inventing Anna is 9 episodes and possibly could have been condensed to mini-series length, but there is enough in it to keep watchers entertained.

Sorokin/Delvey was reportedly paid $320k USD for her story, and does leave us wondering if, in her case, did crime pay?

Watch it now on Netflix. I

Want more? Click here for everything we know about Season 2 of Bridgerton.