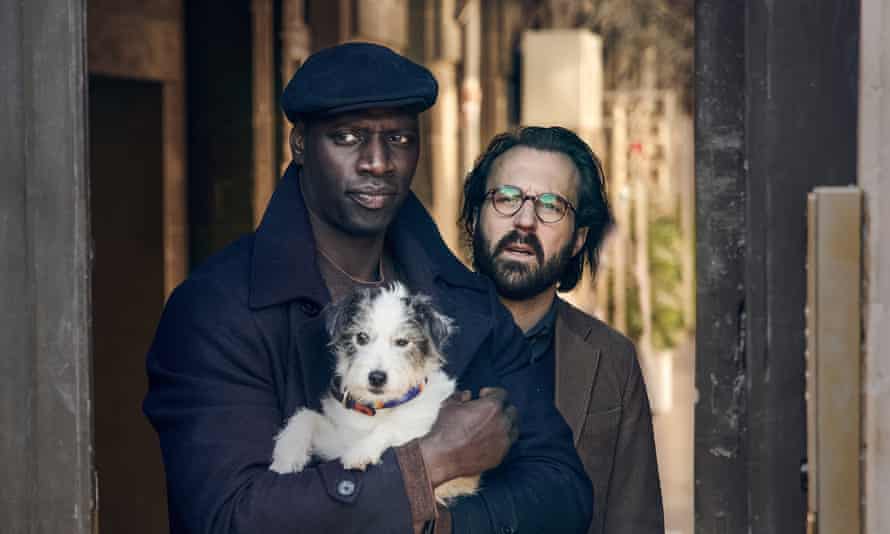 Missing the City of Lights? Here are three French Netflix shows that are fulfilling all of our Parisian travel dreams and providing some great entertainment at the same time.

We love to watch in the original language (it helps us learn French!) with subtitles on, so we can hear the true voices of the actors.

Pure escapism and entertainment, Lupin takes its audience on a rollicking ride around Paris as gentlemen thief, Assane Diop (played by the ever so charming Omar Sy), embodies the character Arsene Lupin from Maurice Leblanc’s famed 1900’s tales, as he sets about avenging the death of his father Babakar Diop (Fargass Asande) at the hands of wealthy businessman Hubert Pellegrino (Herve Pierre) 25 years prior.

Assane is master of disguise and illusion who has perfected his craft over many years, waiting for the right time to bring his nemesis’ world crumbling down. Add in a patient ex-wife and teenage son, a would-be love interest in Pelligrini’s daughter, Juliette, a clever detective and Assane’s best mate sidekick Benjamin, and you have cast of characters that bring this Netflix hit to life.

The first episode sets the scene with a daring theft from the Louvre and the pace never really lets up over for the rest of series with is split in two parts. If you are a fan of action, adventure and illusion, you will enjoy this fast pace whip through the streets of Paris and cheer on its lead, forgiving his crimes and misdemeanours along the way.

There is an undercurrent of race recognition at the heart of this film which Omar slickly anticipates and calls out with the grace and charm of a modern day gentleman.

The final episode of Part 2 left the door open for a third series, which Omar confirmed via Twitter, and audiences around the world are already hotly anticipating.

Call My Agent (French title Dix Pour Cent), is a French comedy-drama that chronicles the day to day shenanigans of fictional Parisian celebrity talent agency, ASK. The ensemble cast stumble through the management of the agency after the death of its founder, who chokes on a wasp while on vacation. The four lead characters balance work and personal dramas while wheeling and dealing contracts and offers for their famous clients.

The charm of this series is how it the life of the celebrities the agency represents are secondary to the stories of the main cast. Real life celebrities and actors play fictionalised version of themselves in the series – Juliette Binoche, Sigourney Weaver, Charlotte Gainsbourg, Monica Belluci are just some of the A-list stars to have cameos in the series.

A group of 20 and 30 somethings traverse the minefield of dating, romance, love, friendship and work in this charming, easy-to-watch French series.

In the first season, Elsa (Zita Hanrot), the show’s slightly nerdy lead, is on the cusp on turning thirty and is down and out about her love life and her job. Unknown to her, her two best friends employ a high class male escort to take her out on a few dates which ultimately leads to mayhem, confusion and love.

The Hookup Plan feels very ‘of its time’, with the complexity of its characters and their relationships on display, without the usual gloss and saccharine of many other shows of its genre succumb too.

A special Covid pandemic episode was released in November 2020 which showed the cast in lockdown, and the series has now been renewed for a third and final season coming in 2021.

Want more? Click here for 6 True Crime Podcasts to Listen to Now and here for Bridgerton Inspired Fashion With a Modern Twist.