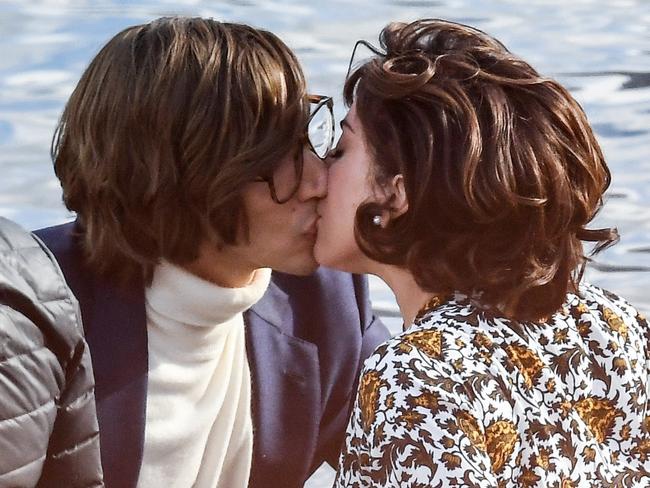 2020 was light on new movies, with productions shut down across the globe and new seasons of some of our favourite series pushed out longer than expected (hello Stranger Things!) but there is plenty of good news on the entertainment front with new movies on the horizon, including the two we are most excited about, House of Gucci and Spencer.

Adam Driver fans get excited, he is bringing the story of Maurizio Gucci, fashion designer Gucci Gucci’s grandson, to life alongside Lady Gaga in a movie about the true story of the assassination of Mr Gucci by his wife Patrizia Reggiani. The film is based on the 2001 book The House of Gucci: A Sensational Story of Murder, Madness, Glamour, and Greed by Sara Gay Forden.

An A-list cast accompanies Gaga and Driver with Al Pacino, Jeremy Irons and Jared Leto all starring. The film was shot on location in St Moritz in Switzerland and in various Italy locations including Lake Como, so expect stunning scenery to compete with the designer glitz.

With Emma Cotton’s portrayal of Princess Diana in The Crown hard to beat, expect Twilight star actress Kirsten Stewart to bring her A-game in this story about three days in Diana’s life.

Set at Sandringham Castle, the film will focus on a few pivotal days in the early 1990s in Diana’s life when she grapples with the decision to leave Prince Charles and ultimately the Royal family.

Release date: To be announced, production has started so watch this space.

1 comment on “Movies To Get Excited About: House of Gucci and Spencer”