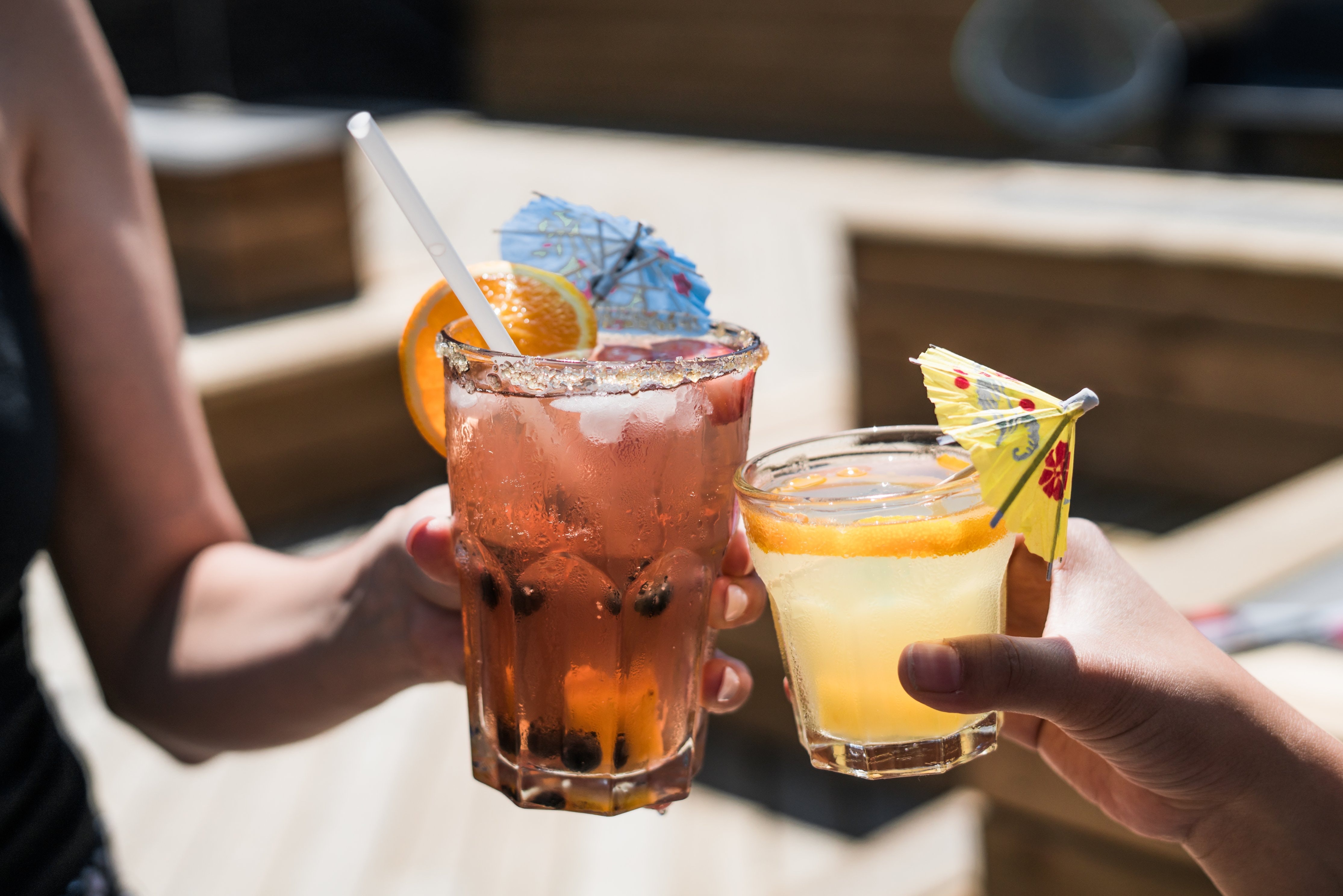 In my 20’s, I was a big drinker. My Friday through to Sunday was for partying and drinking festivities. Like most people I knew, drinking was a part of every single social activity.

Something that I noticed about this behaviour though was that I never made a decision about whether or not to drink, I would just drink.

I would go from work on a Friday directly to the bar, because, well, it was Friday. One drink would lead to another and then before I knew it, it would be the wee hours of the morning and I’d be in a cab going home very much intoxicated.

On one of these cab rides home, I realised that I had stopped consciously deciding to drink and that drinking was now just second nature. That was a pretty stark realisation  that I had lost control. I then made a decision to go an entire year without drinking.

The year breezed by and I felt so good by the end of it that I decided that I would give it up for good and have since been 5 years alcohol free!

Here are the 5 amazing things that happened once I gave up drinking.

This sounds like a cheesy cliche. Please allow me to explain, though. My entire adult social life was revolved around drinking.

When I stopped drinking, I found myself with way more time and energy and hence started to do more of the things that I loved. It took me a long time to work out what that even was but eventually I found meditation, yoga, personal development and writing. These make up so much of my identity now and have given me so much joy, but I never would have ventured to find out what I liked if I hadn’t given up drinking.

Another cheesy one, but this is perhaps one of the most profound things that happened to me. What I mean by feeling authentic is that I only did things if I wanted to.

When I was spending a lot of time under the influence of alcohol, the alcohol seemed to make a lot of decisions for me. I didn’t choose when to go home, alcohol led me all over the city at all hours of the night. I didn’t choose who I wanted to talk to, alcohol wanted me to chat to everyone and often about things that I actually didn’t even care about.

When I suddenly didn’t have the influence of alcohol leading me and every decision I made was purely made by me, I felt like I finally knew who I was and what I liked.

The most interesting thing about this point is that I’ve met others who have also given up drinking and we all have shared this as the most profound thing that happened to us.

3. I Started Exploring The World More

My colleague at work quizzed me, “Kat, what do you do to entertain yourself if you don’t drink?” It was a genuine question. He had just spent the weekend on a staycation with his partner and all they could think of doing was to drink at different bars in between meals. I know I certainly involved drinking in everything I did as a drinker, even to kill time.

What I do now when I catch up with friends is go on big walks. We walk all over the city. We walk out of the city into neighbouring towns and into pockets of the city that we wouldn’t usually venture. We walk through museum lobbies and galleries, even just to check out the interiors. We walk through parks and gardens and even buildings that draw our attention. Basically, I take my friends on walking tours all throughout the city, but we have no guide, just our sense of curiosity and have deep and fun conversations.

Walking is healthy and fun and I’ve seen things that I never would have known about unless I just went aimlessly walking in our city. This habit is with me everywhere I go and this is how I travel as well. No bars and hangovers. Just long walks to discover the cities.

4. I Have So Much Energy And Clarity

When I first gave up drinking, one of the most immediate things I noticed was just how much extra energy I now had. I had lost almost one day per week for my entire 20’s nursing a hangover.

With this new found energy and a clearer mind, I really was seeing the world with new eyes. It was truly mind-blowing how much of my energy and brain power I had lost to drinking and subsequent hangovers. With the new energy I had, I got fit and started to enjoy the outdoors more.

I will never miss a hangover again.

5. I Was Still Social

I really thought that giving up drinking was going to be hard. That I would be ridiculed for not drinking and pressured to do it. That did happen, maybe for a couple of weeks until my friends realised that I was serious about not drinking and couldn’t be swayed, so they gave up.

The thing was, though, that I still went to every bar with my friends. I just didn’t drink. I had a glass of soda water almost always to begin with because I felt like I needed something in my hand, but I got over that as well.

The best part about this was I enjoyed my time out even more. Due mainly to point two I made about being more authentic. I was always out because I wanted to be. I remembered more of my nights out and left when I felt like it and always felt a million bucks the next morning as well.

Giving up drinking has been one of the best things I have ever done for myself. The clarity, energy, sense of self and even the extra money I have saved by not drinking, I would never trade it back.

So what do you think? Could you give up drinking?

Want more of Katherine’s words of wisdom? Click here to learn about transforming your life with the power of habit and here for tips on overcoming procrastination.

3 comments on “ELE Personal Development & Wellness: Five Things That Happened When I Gave Up Drinking”

eat.live.escape is a travel, food and lifestyle brand featuring the very best of food, recipes, travel, fashion, beauty, wellness and home. Ingredients for a beautiful life!
Sydney, AU
1:16 am, August 8, 2022