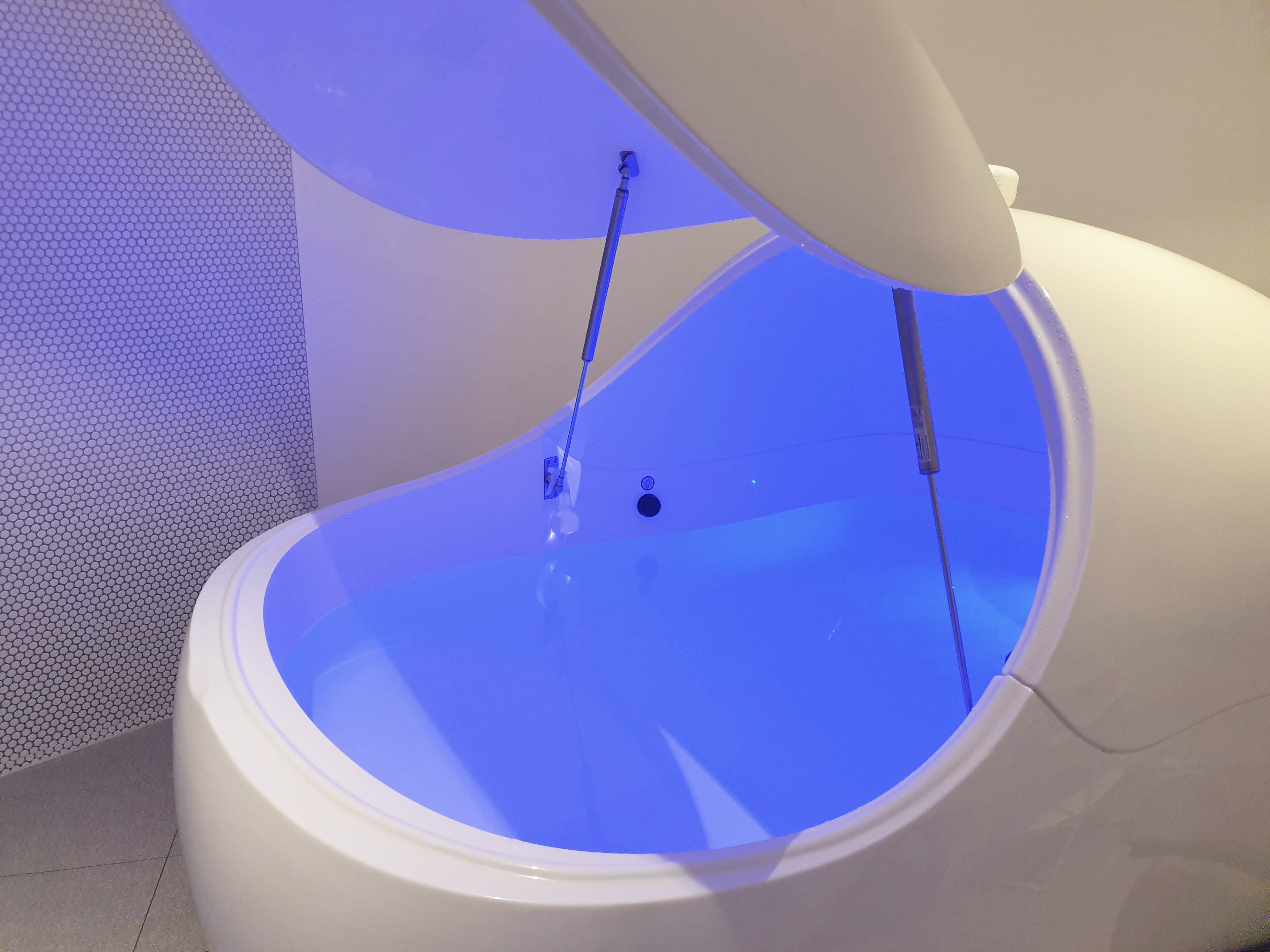 Float Therapy is definitely the sort of activity that prior to this blog I would have written off as a complete bunch of nonsense. But when you are responsible for trialling the nonsense that people want to know about you end up lying butt-naked in a dark, warm spaceship full of salt water and sort of enjoying it.

For my float therapy experience I went to Beyond Rest in Collingwood, I also dragged along my ride-or-die, Nora, because there was no way I was doing this alone. I booked a few weeks ahead so the first experience we had was an email from the company with instructions; apparently we didn’t need swimmers (bathers for all you Victorians) because you do it in the nude, and they would supply Vaseline?! For WHAT!?

With some trepidation we walked our way to Collingwood’s industrial area on a Saturday afternoon and were immediately pleasantly surprised. The entry to Beyond Rest is set back from the street to allow the company to build in a proper entryway which in a place an expensive and low on space as Collingwood is a big statement to make.

You walk through some beautiful plants with soothing music and immediately are asked to remove your shoes. There were two other people who would be floating at the same time as Nora and I, all four of us have our own rooms which contain the tank and a shower. There is also a hair station for afterwards where you can dry and style your locks prior to reentering the real world, as well as a chill out room where you can drink tea and discuss your experiences.

The attendant took us through the process: we were to strip down, put in ear plugs (optional), have a shower, put the Vaseline on any cuts or abrasions so they would not sting (duh, Alex) and then hop in the tank. Once in the tank you can use a weird o-ring to keep your head afloat if you need, but mostly you are just supposed to lie there meditatively and ‘expect nothing’.

What Nora and I did is a whole other story. I showered, decided that I wasn’t going to use ear plugs, got into the tank, was so slippery in the salt water that I slid around like an eel for 5 mins, got water in my ears, regretted not using the ear plugs, thought that the o-ring head support might keep my ears above the water, spent 35 mins wondering if I would get an ear infection and then 20 mins actually meditating before the music and lights came on and I had to get out.

Nora’s experience seemed to be similar to mine except she did use ear plugs, also slid around like an eel, got salt water in her eye, had to get out of the tank to wash it out and then got water in her ear which remained trapped there by the ear plug.

There is a reason we are best friends.

After the float you shower, get dressed and head to the chill out lounge. When we got to the lounge there were six seats, FIVE of them were being occupied by the two other people who had floated at the same time as us while they talked about seeing hallucinations and their life-changing experience. Nora and I talked about how slippery it was and then went and ate Mexican food at Hotel Jesus because there wasn’t anywhere for us to sit.

This review might sound like I didn’t enjoy Float Therapy, I did, I also really adored the facility at Beyond Rest, the space was beautiful and calming and the staff were considerate and very helpful in guiding two clear beginners. However, I think that its important that my experiences be documented accurately.

If I did Float Therapy again there are a couple of things that I would do differently:

The documentation that I received from Beyond Rest said that the days following the float were the most important, unfortunately I spent those few days in an intensive masters degree subject and at work so I didn’t feel a difference beyond that first day, and Nora felt the same.

Would I go again? Yes, but only if it was with someone who was excited about it being their first time so that I could feel like an experienced professional.

Want more Health & Wellness? Click here for Alex’s review on Brow Shaping and here for Katherine’s story on How Meditation Can Change Your Life.