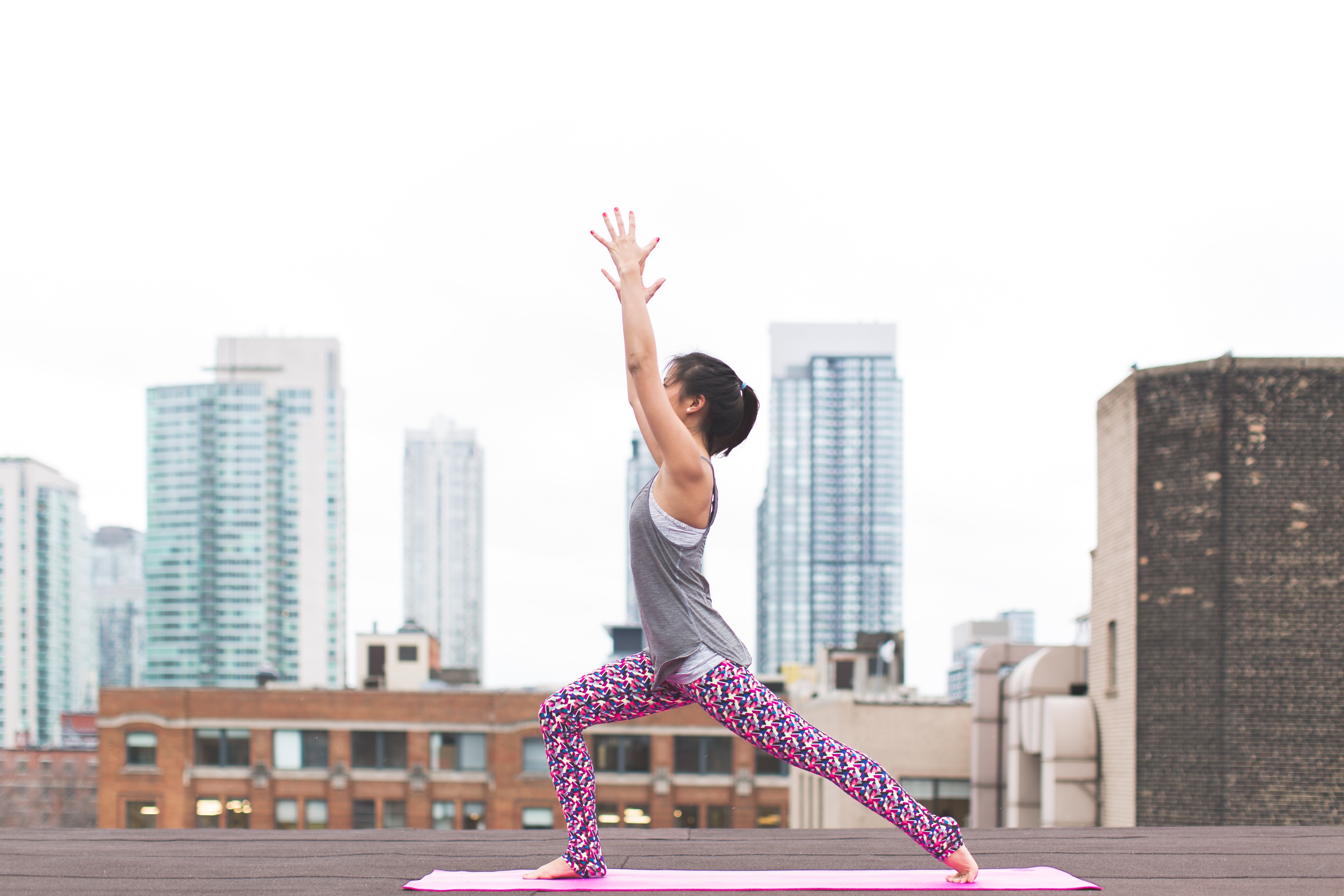 In an age where you almost can get away with wearing yoga pants to a wedding, it’s safe to say that yoga has gone mainstream.

Sun salutations and savasanas have become as natural a part of our daily schedules as brushing our teeth. Yoga studios are popping up in every corner and the market for online classes has boomed during lockdown.

Vinyasa yoga is the most popular form of yoga in the world. I, too, am magnetised to its brilliant combination of cardio, calm and strength. But to physically feel like I’ve been working out, I opt for at least one hour of practice.

And sometimes… that just isn’t practical.

Luckily, I’m also obsessed with doing things smarter and sassier. Which led me to discover High-Intensity Interval Training (HIIT). HIIT has a so-called afterburn effect, meaning that your metabolism gets a boost for hours after you’ve kicked off your trainers. Shorter time is required for results comparable with way longer medium intensity classes.

Sounds like a great deal for optimising your daily sweat session! Only that high-intensity training doesn’t take alignment into account. Which stings in the eyes of a yoga teacher.

What is High-Intensity Yoga?

Last year, I lived in Paris and tried one of those gym infidelity apps where you pay a monthly fee to work out all over town. Among the overwhelming amount of options, the idea of high-intensity yoga had me hooked.

Not instantly though. After having gotten used to the wrapped-in-a-cosy-blanket-feeling of yoga, my interest of pushing my body to exhaustion was about as big as getting a root canal treatment. But my curiosity finally won.

The presence of yoga to prevent injuries in combination with breaking a cascade of sweat made for an updated and optimised workout that catered to both body, mind and spirit.

A typical high-intensity yoga class builds upon the concept of Tabata. Tabata was discovered by Izumi Tabata back in the ’90s as a highly efficient physical exercise, increasing anaerobic capacity which leads to improved cardio and toning of your beautiful body.

The concept is based on intervals: work as hard as you can for 20 seconds, followed by 10 seconds of rest. The cycle is repeated 8 times before a 1-minute break.

One exercise takes 5 minutes, and a class contains 4 different exercises. So in a mere 20 minutes, you’ve had a full-body workout – at just 1/3 of the classic gym hour!

The Program I Followed for 21 Days: A Breakdown

(Disclaimer: I paid for the program and am not sponsored)

The program was split into 3 days of workouts followed by 1 day of recovery, with an optional 20-minute restorative flow. Focus muscles for each day varied to evenly engage the body.

So how did I feel during the 21 days of HIIT yoga?

Sore muscles were the most apparent effect. I considered myself being in good shape with 8-10 weekly hours of vinyasa yoga before starting the program, but this clearly worked my muscles in ways they weren’t used to!

The physical restlessness and need to move throughout the day were gone. Which is practical during periods when working out isn’t your number 1 priority.

Mentally, however, I felt less relaxed than after a full yoga class. The mind chatter was still there. I also missed hanging out in some of my favourite yoga poses such as warrior II, and the flowing feeling from vinyasas.

While I didn’t take the program to alter my body, I can tell it hasn’t visibly changed as compared to all those weekly yoga hours.

21 days of high-intensity yoga taught me something about my relationship with yoga. The most striking realisation was that constantly chasing efficiency is not always the goal.

The energy from one hour of yoga radiates through my mood for the entire day, which I missed from the shorter HIIT Yoga passes.

Will I continue to practice HIIT Yoga? Yes – but as a complement to regular yoga classes rather than a compensation.

Because that post-savasana sensation is simply too sacred to sacrifice.

Linnea Segerstedt is a former engineer turned freelance writer, yoga teacher, certified holistic health coach and pranic healer with the humble intention to save the world. She believes that to do so, we need to ditch boring boundaries and start to fuse science and spirituality, act globally and locally, inspiring individuals and switching systems all at once. Linnea is obsessed with underground music and thinks dance and dark chocolate are the best of medicines. Find her on Twitter, Instagram or her website.

Want more? Click here for the Best Yoga Classes To Do At Home and here for A Day In The Life Of Yoga Teacher, Jacqui Noël.